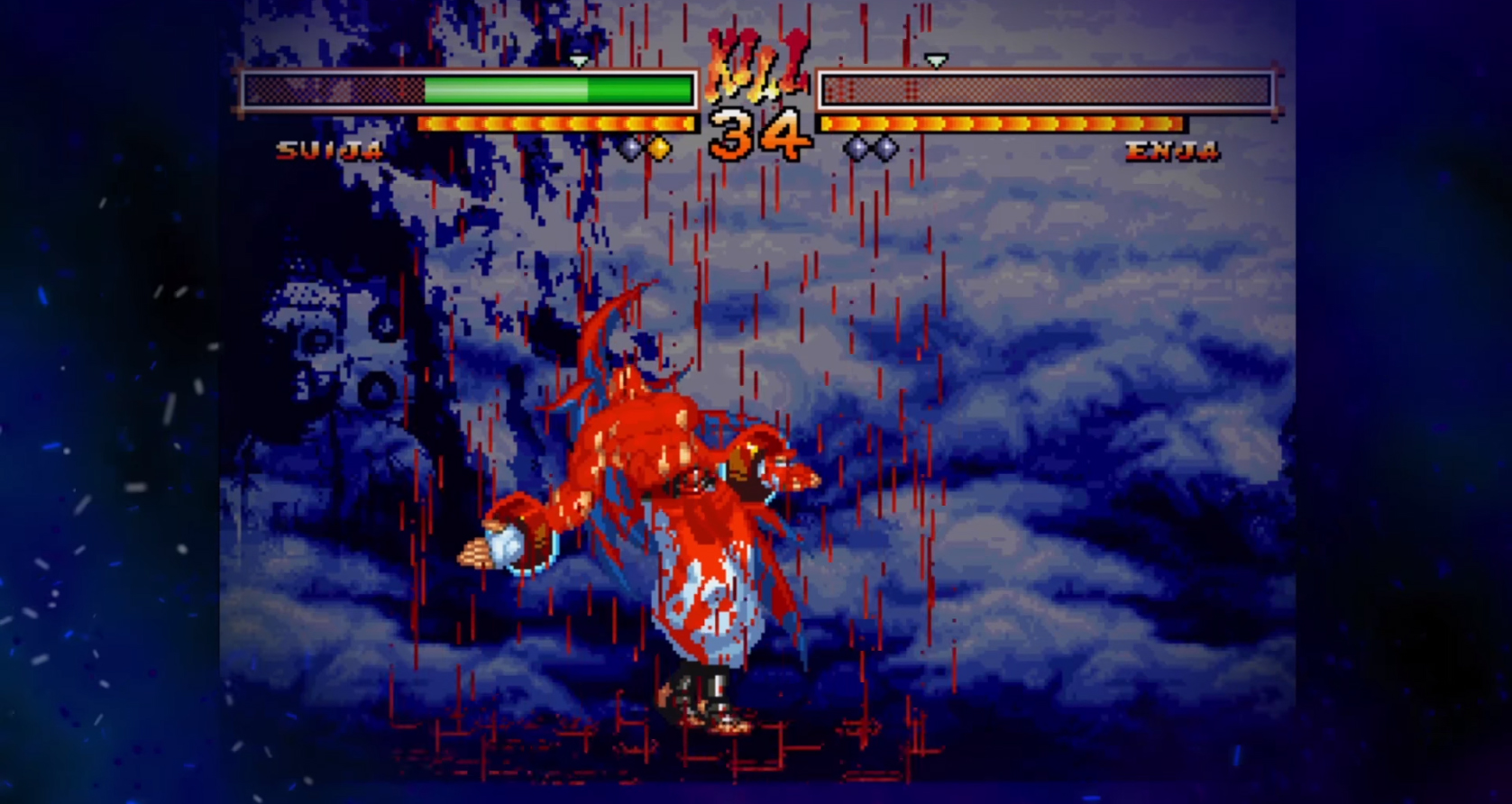 I’m wearing a raincoat to this duel

I have fond memories of the Samurai Shodown series, but I never got around to playing Samurai Shodown V. Turns out, I’m gonna have to. Since being revealed as SNK’s mystery EVO title, more details about the somewhat forgotten entry in the series have come out and piqued my interest.

As detailed in this PlayStation Blog post, Samurai Shodown V never got a fair shake when it was launched. V was SNK’s attempt at a darker and grittier take on the series with the introduction of blood-splattering overkill moves similar to Mortal Kombat’s famous Fatalities. With the arcade version already drawing criticism for the excessive level of gore in the game, the home version had the unfortunate timing of releasing just after a shocking violent incident rocked Japan. This resulted in a hastily censored and watered down version of the game hitting store shelves. Not only was the titled censored, the last-minute rush job to take out all the naughty slicing and dicing introduced bugs that limited the game’s success.

No wonder I never played it, the poor game was cut off at the knees before it even learned how to walk.

Well, now seems to be the time to check it out. As you can see in the trailer above, SNK and Code Mystics are re-releasing the original complete version of the game with every drop of blood intact. Hopefully this re-release is a sign that SNK is interested in reviving the series. I would love to see Samurai Shodown return to its former glory days.