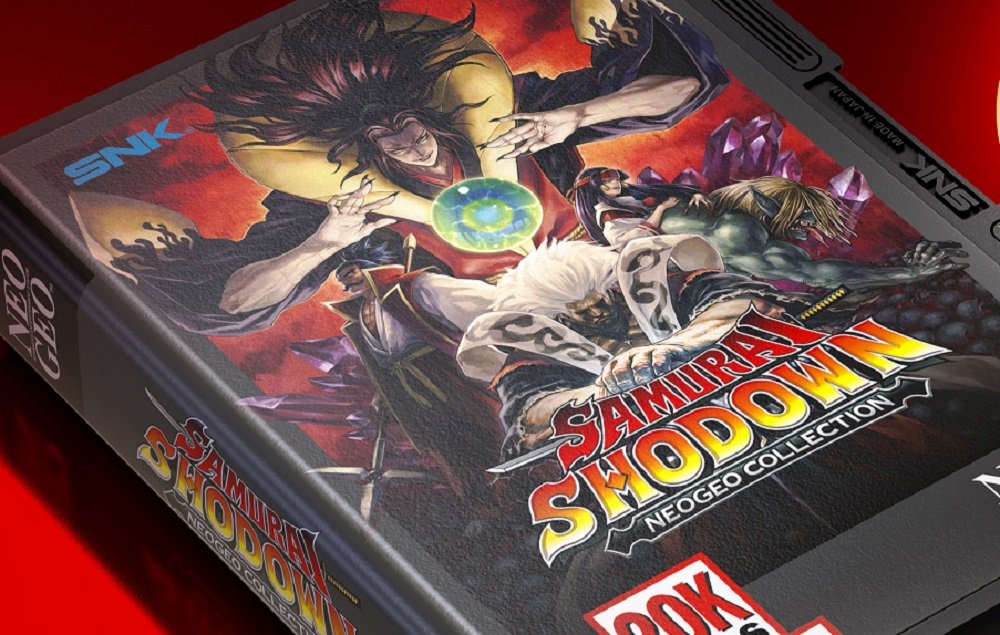 Samurai Shodown mega-fans should be aware that the upcoming retro compendium Samurai Shodown Neo Geo Collection will be receiving a limited edition in Europe, courtesy of French publisher Pix’n Love. The “Shockbox Edition” is styled after the classic Neo Geo AES boxes that filled up the shelves of millionaire video game fans in the mid-’90s.

The Shockbox Edition includes a physical copy of the collection on PS4 or Nintendo Switch, a two-disc CD soundtrack (complete with digital soundtrack), seven fine-art lithographs, and a 104-page softcover art-book, filled with imagery from the entire Samurai Shodown series. The entire set is packaged in the aforementioned Shockbox, complete with classic artwork. Very authentic.

The Samurai Shodown Neo Geo Collection Shockbox Edition will be available to pre-order tomorrow, June 2, at 17:00 CEST / 16:00 BST / 08:00 PT / 11:00 ET. The run is limited to 1200 copies on PS4 and 1800 copies on Nintendo Switch, so set your alarms to ensure you bag yourself a copy. Pix’n Love will ship worldwide. It should be noted that no price has been released as of yet and the Shockbox will ship in late August.

Samurai Shodown Neo Geo Collection launches on PC via Epic Games Store June 11, and on Steam June 18. It will then follow on PS4, Xbox One, and Nintendo Switch on July 28.