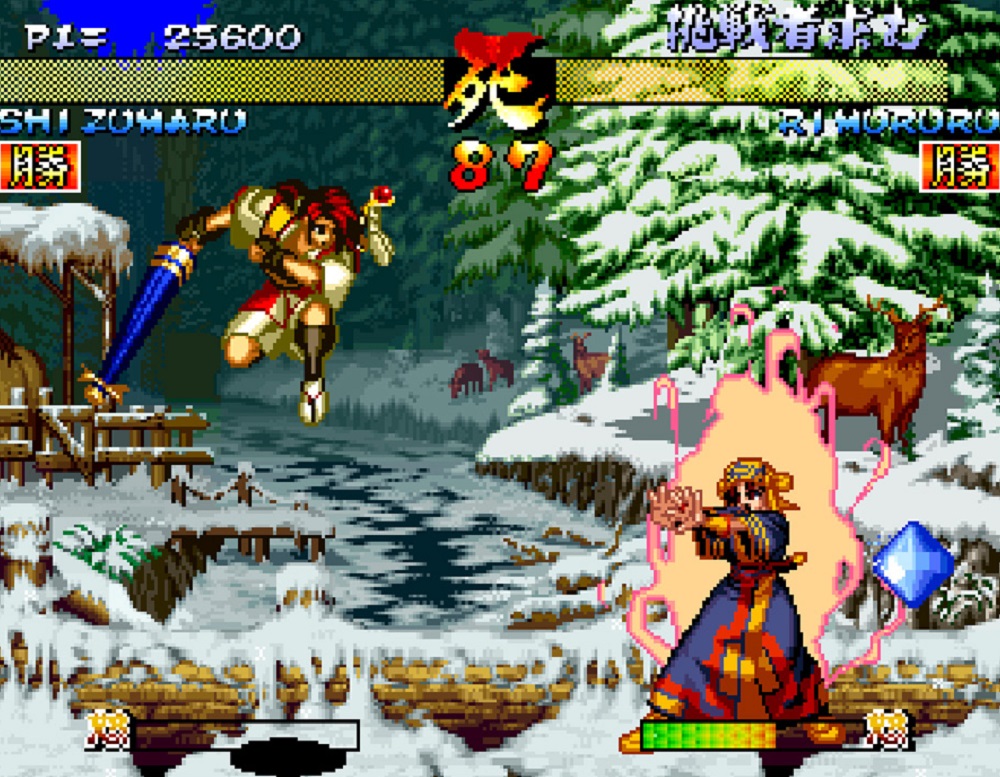 Courtesy of the fine folk at Hamster, SNK’s 1995 release Samurai Shodown III will making it’s artery-slashing debut on the Nintendo Switch, with the classic fighter being made available for download today.

Samurai Shodown III was a reboot of sorts for the series, back before everyone used that word in the incorrect context, like I just did. After the amazing Samurai Shodown II, SNK took the series in a gritter, dare I say, “edgier” direction. This was achieved via a slightly more muted colour palette, a revenge-fuelled narrative and the toning down of comical characters.

Many roster veterans returned for this iteration, but each character received an alternate form. These “dark” variants are know as Bursts, and allow characters to perform new moves unavailable in their standard “Slash” form. The lovely Nakoruru even swaps out her hawk pal Mamahaha for wolf sidekick Shikuru.

While not quite the progressive leap from its predecessor that SSII was, Samurai Shodown III is still a very cool game. With this release, all four of the original games are now available on the Nintendo Switch. You can’t really go wrong with any of them, though I personally think SSII is the best of the bunch.

Samurai Shodown III is available to download on Nintendo Switch today. It is already available on PS4 and Xbox One.