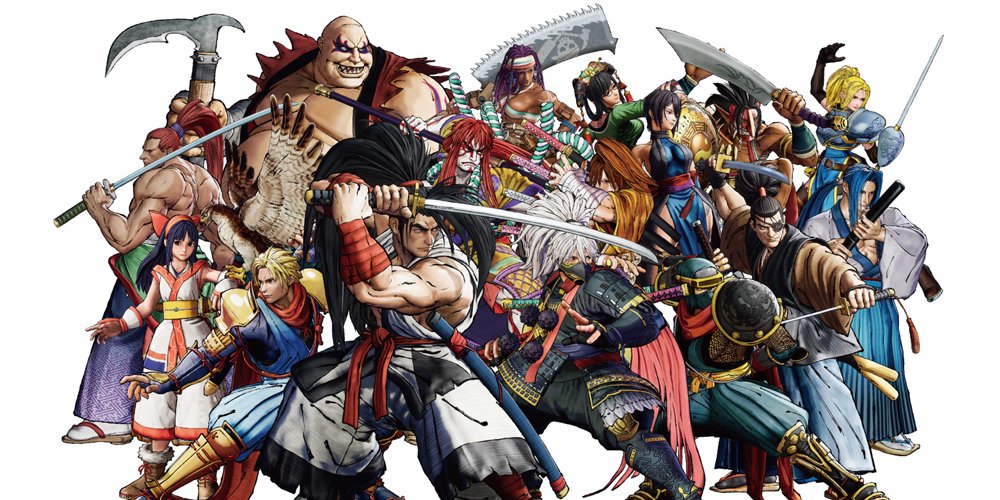 Especially if you’re eligible for the pre-order bonus

My first thought when downloading Samurai Shodown, the soft-reboot of the mostly-2D fighting series on Switch, was “I had to delete Skullgirls to make room for this?” The game comes in at about 10GB, which is larger than I would have assumed, and parting with games I prefer in order to fit it on my dashboard hurt a little bit. I’m not normally that harsh, even in my own internal monologue, so I had to guess something else was making me crabby.

My guess is that on some level, I just wasn’t ready to make room for another fighting game in my already crowded library. It’s bloodier than Street Fighter, but not more bloody than Mortal Kombat. It’s a 2D weapon-based fighter, but so is Blade Strangers, BlazBlue, and Under Night In-Birth Exe:Late[cl-r]. In 2020, it’s hard to see exactly what a thoroughly double-A, chunky-poly fighting game series like Samurai Shodown can hope do better than its competition.

After putting ten-or-so hours into online multiplayer and then running through singleplayer with a few characters, I’m confident that I know the answer to that question. This new Samurai Shodown packs a wallop. In some ways, it reminds me Bushido Blade, the classic “One-Hit Kill” PS1 arena fighter from Square, than it does Smash or Street Fighter. A lot of enemies can take a quarter of your health with one hit from their heavy attack. As soon as a new round starts, every breath could be your last. I love that.

So, about those graphics: There is no arguing that they don’t look too great when zoomed in on a character who isn’t moving much, like on the character select screen. The good news is that as soon as the camera zooms out and things get moving, all is forgiven. The animation here ranges from good-to-superb, transforming awkward character models into vibrant smears, oozing with life as they shower bloody death upon their opponents.

While most jab and kick attacks are quick and forgettable, most characters have medium attacks that are as big as the heavy attacks in most fighting games. The heavy attacks feel more like specials with big dramatic wind-up and cool-down motions. You can almost feel the weight of the weapons in their hands as they cleave into the flesh of your opponents. If this sounds more like a horror game than a fighter, it’s because that’s how tense these showdowns can be. The difference is, if you play better than your competition, then you’ll be their nightmare instead of the other way around.

That said, death is always around the corner in Samurai Shodown, even for the best of players. Most big-damage moves leave you wide open if they whiff, so the smallest of miscalculations might be summarily punished. That goes double for the dodge maneuver, which can be a lifesaver if properly timed, or attempted suicide if thrown out carelessly.

On top of all that, you also have to worry about getting disarmed. After building your rage meter, you can throw out a super attack that can do an added 50 percent damage on top of knocking your enemy’s weapon right out of their hands. These moves are often telegraphed, making them easy enough to avoid, but god help you if you stick out a predictable poke in the face of a skilled player who’s experiencing maximum Rage.

As for Switch-specific pros and cons, the split Joy-Con play works great due to relaxed input sensitivity and the fact that none of your attacks are mapped to the shoulder buttons. the bad news is, I’ve seen some frame-rate issues for a few characters pulling off big, flashy moves while their opponent is in the middle of something equally showy. It only lasted a few seconds, but if you’re playing competitively, it could definitely mess with your timing.

I’m not going to lie though, the main thing that threw me off here was the 2D art in the endings. It’s very good, making me all the more hungry for a new Samurai Shodown game that plays like this one, but looks as good as Dragon Ball FighterZ or Guilty Gear. That dream is probably a ways off from becoming a reality, but the good news is that we also just got a new-ish game in the series that looks like Pocket Rumble, one of my other favorite fighters on Switch.

Anyone who pre-ordered Samurai Shodown for Switch gets Samurai Shodown! 2, a Neo Geo Pocket Color demake of Samurai Shodown 64: Warriors Rage. It’s currently the only way to get the game on modern consoles, which makes this one of the best deals on the Switch right now, one that’s more than worth soaking up while you wait to see who the next Smash DLC fighter will be.