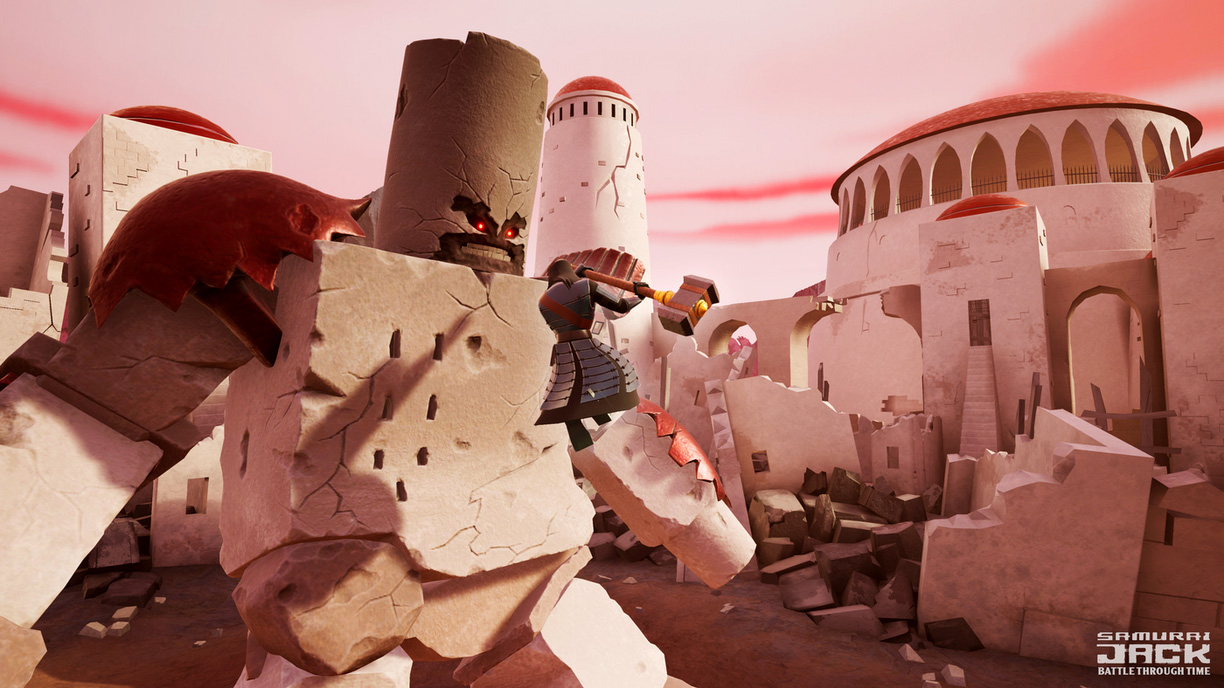 Releasing summer 2020 for PC and consoles

We’re long overdue a solid Samurai Jack video game. It’s too early to say if Samurai Jack: Battle Through Time will be the series’ shining star – bearded Jack is a good start! – but I’m at least listening. Another promising sign: the hack-and-slash game’s script is being penned by head writer Darrick Bachman.

Samurai Jack: Battle Through Time is in production at Soleil Ltd., the Tokyo-based studio behind Naruto to Boruto: Shinobi Striker. The developer also contributed to Travis Strikes Again and Devil’s Third.

The game “ties into the epic series finale,” and it has allies like The Scotsman and Sir Rothchild (the lovable canine archeologist), but it’s described as “an untold Samurai Jack adventure.” The short gameplay clip in the announcement trailer shows a few weapons and enemies – nothing fancy.

Battle Through Time is launching this summer on PC, PlayStation 4, Xbox One, and Nintendo Switch. At the risk of being presumptuous, I wonder what sort of price point this game will hit. $60? $40?

I’ll always treasure Samurai Jack as being the animated show that befuddled my grandfather more than anything else in the early 2000s. I watched weirder things, and dumber things, but Samurai Jack was the one TV show that left him speechless on a conceptual level. He truly didn’t know what to make of it.