Adventure, Versus, and 8 characters — including Ana from Spelunky 2 and the Minit hero — will be playable in Early Access

The long-time-coming Samurai Gunn 2 resurfaced today with a blistering new trailer and a revised summer release window for Steam Early Access. What about Nintendo Switch? It’s still happening — but that version won’t come out until the 1.0 launch on PC, which should take “about a year or so.”

The sequel had plummeted off my radar, but after catching this gameplay footage, I immediately remembered what it was like to face off in frantic one-hit-kill combat with friends. Simplicity and split-second decisions are still the name of this 2D action game. That said, there’s more to chew on.

For combat, beyond the super-lethal sword and gun at your disposal, Samurai Gunn 2 now lets you “swallow” one of your three bullets to dash. Trickier yet, the dash allows you to fly through slash attacks, but not other players’ shots. A small change can have a big ripple effect in high-stakes duels. 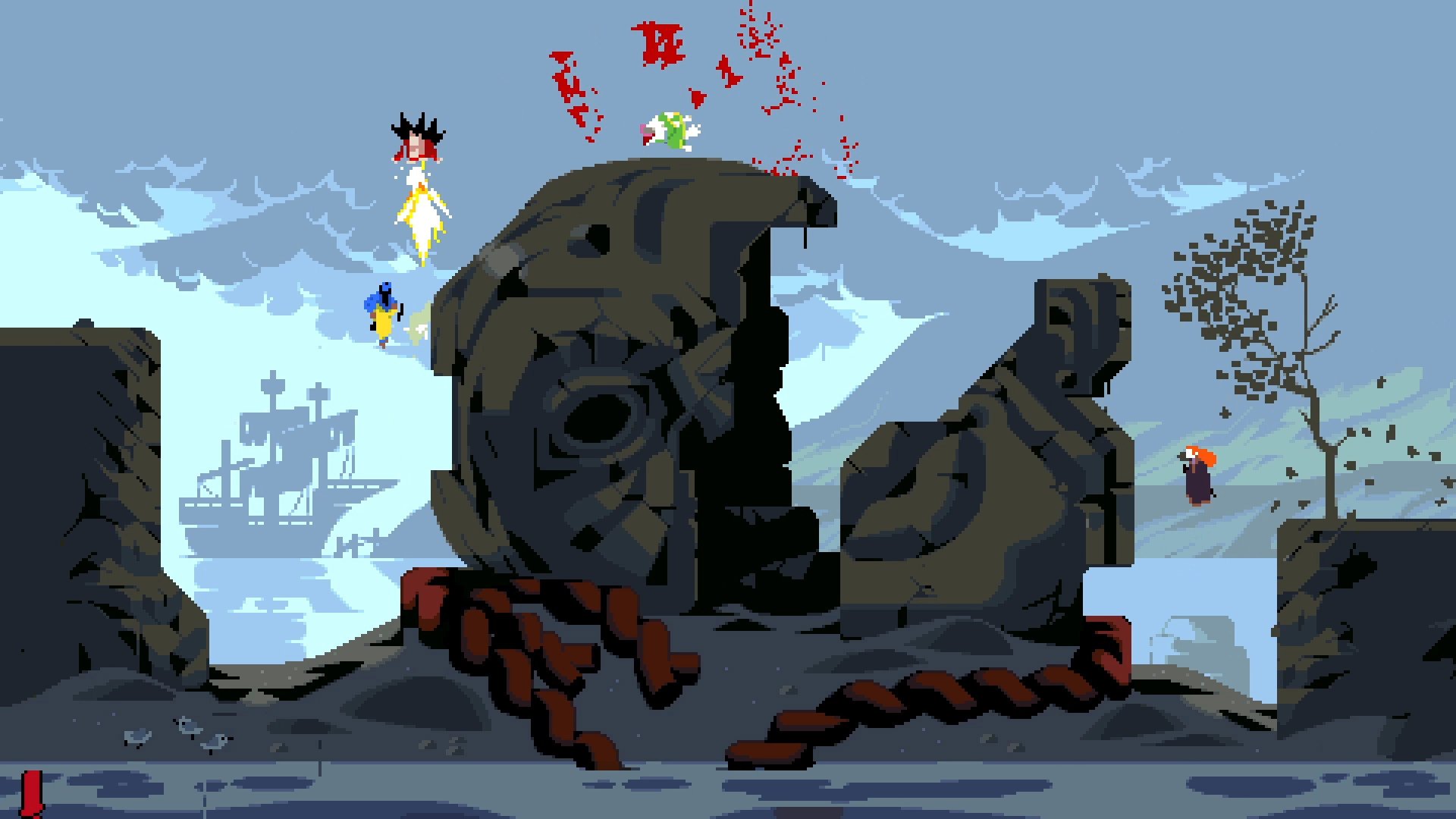 In terms of modes and content, at Early Access launch, the game will have the first of four Adventure worlds (with solo and four-player co-op support!), nine local/online Versus levels (two all-new originals, six updated zones from Samurai Gunn, and a Minit arena), and eight characters (two of which are guests). There’s also a graphic novel from artist Valentin Seiche (the first of six chapters).

Wait, guests? Yeah. Indie crossovers can be used to great effect, and Samurai Gunn 2 is on the right track so far with Ana from Spelunky 2 and the cursed hero of Minit. Everyone has unique abilities, too.

For those of us planning to wait for the Switch edition or the 1.0 PC release, Beau Blyth and the team are using Early Access to “make a better game by seeing what people enjoy the most and doubling down on that.” (And adding more characters.) As it stands, they say Samurai Gunn 2 is “extremely fun to play right now, and has all of the main modes and features we want in the finished game.”

As much as multiplayer is the screaming heart of Samurai Gunn for a lot of people, I’m all about Adventure mode. Whichever you prefer, online support should be a huge boon for the sequel.