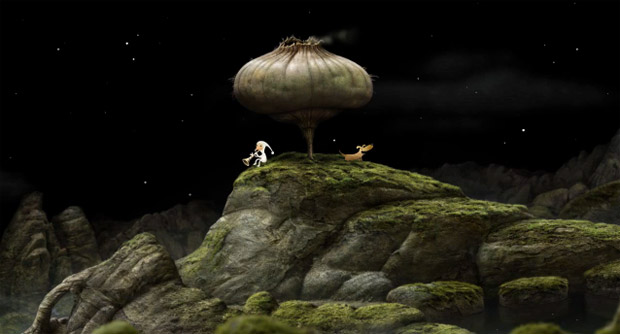 Play me the song of your people

It’s baffling to think that Amanita Design’s point-and-click adventure title Samorost was first playable in browsers a decade ago. I can be downright picky when it comes to adventure gaming but, for whatever reason — likely that imaginative art direction — it made a strong impression.

The Czech studio has since gone on to make a sequel and the well-regarded Machinarium. I didn’t know there was going to be a third Samorost so today’s teaser trailer is a very nice sight to behold. It’s been entered in the 2014 Independent Games Festival, which gives us a bit more to go on:

“This time it’s much bigger and more ambitious project. One day, the little space gnome will find strange flute (magical, of course) which fell down from the sky and with its help he’ll be able to build a new spaceship, explore five different planets and four moons, solve many mysteries and also find out where the flute came from.” 2015, though — such a wait.