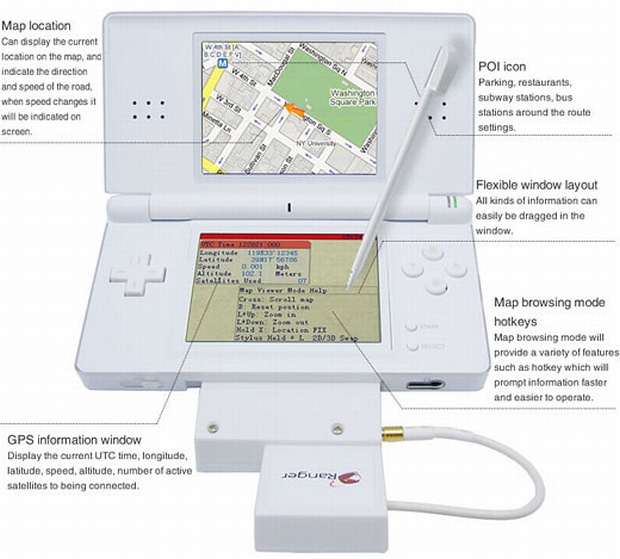 When it comes to getting lost just about anywhere other than the city I grew up in, well, you could say I’m a bit of a professional. The purchase price of the iPhone was more than worth it to me just to have Google Maps at my disposal, and thanks to it, I’m not quite as much as a bumbling moron when it comes to directions as I used to be. If I didn’t have an iPhone, though, the next best thing for me to use as a GPS device would definitely have been my DS Lite, considering it goes with me everywhere.

Chinese company Fab Chain obviously thinks along the same lines, as they recently announced Ranger, a little device you can plug into your DS Lite’s GBA slot and find your way no matter where you are. It’s a little big as accessories go, but with the ability to display Google Maps in both 2D and 3D mode, it may just come in handy for the perpetually lost. No pricing or release date has been confirmed yet, but I’ll bet you it’ll be cheaper than your average store-bought GPS. Seems a shame it isn’t compatible with the DSi, though.