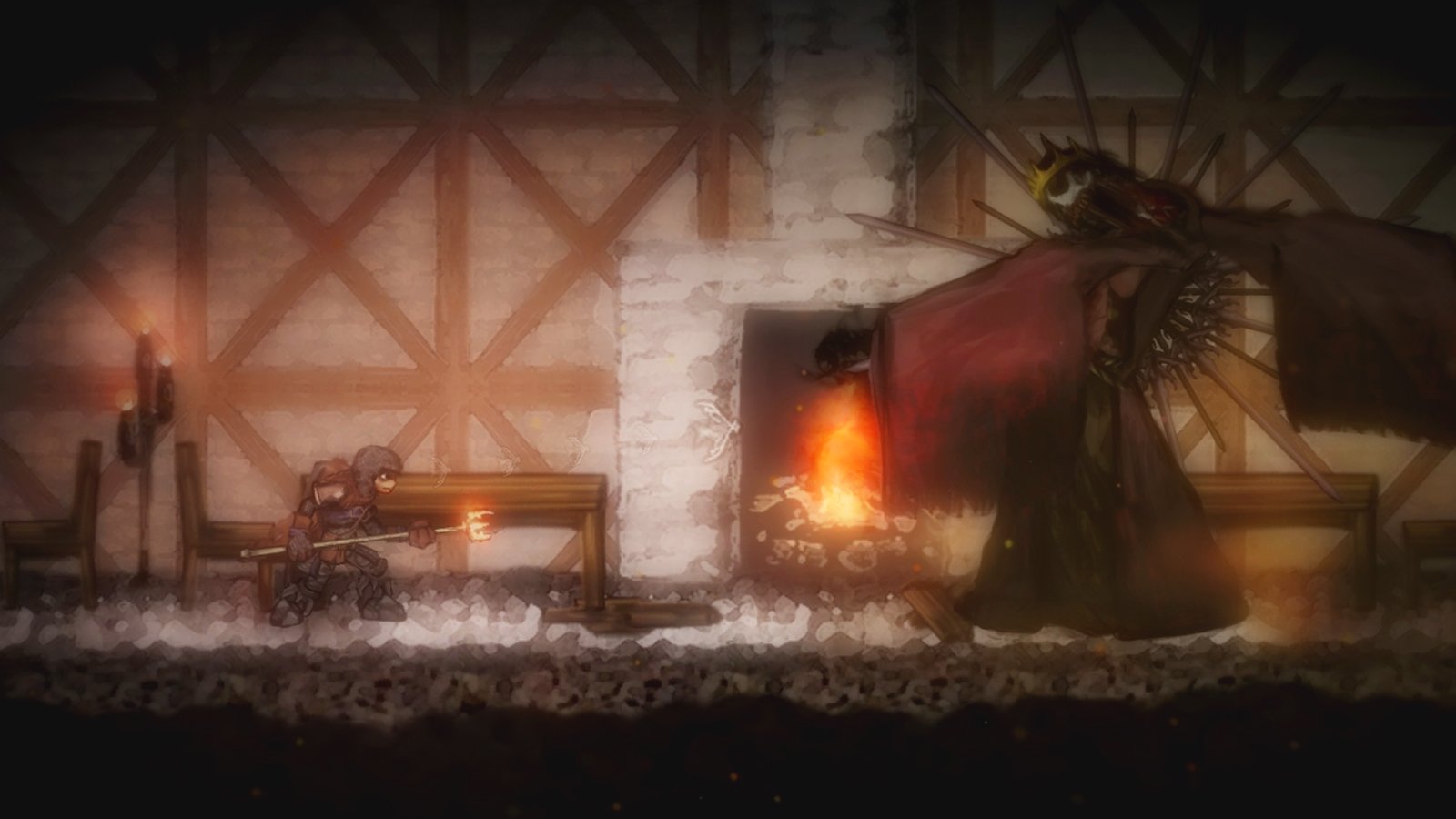 Fewer graphical effects, but just feels right in your hands

When I reviewed Salt and Sanctuary earlier this year on PlayStation 4, I found it to be a more-than-competent side-scrolling take on From Software’s Souls series. I played the majority of it in co-op and had a great time with its intricate skill tree and tight platforming mechanics. Lately, I’ve been wanting to have another go at it, but after seeing it run on the Vita at PSX over the weekend, I think I’ll wait ’til I can play it comfortably on the toilet.

Some of the graphical effects are missing, like the bloom that’s prevalent in many of Sanctuary‘s ethereal levels. However, if I hadn’t played it on the PlayStation 4 previously, I would never have known. I was worried that the user interface would lose some of its readability on the smaller screen (a problem that I had with Darkest Dungeon on the Vita), but I was able to see everything quite nicely.

While I am biased in that I love my Vita, I found Sanctuary very comfortable on the handheld. Even without the extra shoulder buttons, I had no trouble jumping about and taking out my salt-thirsty foes. Many a late night will be spent under the covers of my bed playing through this again.

Though some will miss the co-op functionality, I’m looking forward to another romp through Salt and Sanctuary even if it means playing solo. It makes me feel like I’m finally getting a new handheld Castlevania, which means Ska Studios has my eternal gratitude. As of right now, there’s no solid release date, but Ska hopes to let us know soon.