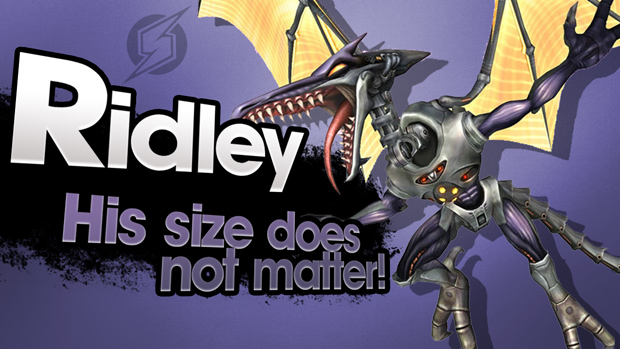 Super Smash Bros. fans are all about Ridley, and I get it. The Metroid character would be cool to play as, but it’s just not happening. Not this time. Speaking to IGN, director Masahiro Sakurai laid out why: “…if we made Ridley as a fighter, it wouldn’t be Ridley any longer. It’d have to be shrunk down, or its wings reduced in size, or be unable to fly around freely.”

That’s a compromise Sakurai isn’t willing to make despite cries for him to just go ahead and do it, already. “Providing accurate portrayals of characters is something I want to pay ample attention to,” he said. “If I don’t stick to that thought, then we’d have to lower the quality or break the balance of the game. Something that goes way off spec could break the entire game.”

That reasoning doesn’t sit perfectly well with me — plenty of other characters were altered to work in Smash, and they turned out fine — but this quote makes sense: “Instead of going through a lot of very convoluted hocus-pocus to make Ridley a fighter, I figured it’d be better to keep Ridley as [a stage boss], the correct way, and have it feel like a truly threatening presence.”