Sakurai is back at home to record this new Smash Ultimate featurette for Pyra/Mythra, and “no one is available to laugh at his jokes!” It’s a shame.

Either way, let’s dig into the new reveals this morning!

Today, Sakurai unveiled more information for the Xenoblade Chronicles 2-hailing duo, which are entering the arena really soon. As was previously revealed, Azurda (Gramps) is the new stage, which is flying through the cloud air; witnessing multiple other titans along the way.

Characters like Nia, Zeke, and Poppi will also show up, with their paired companions. 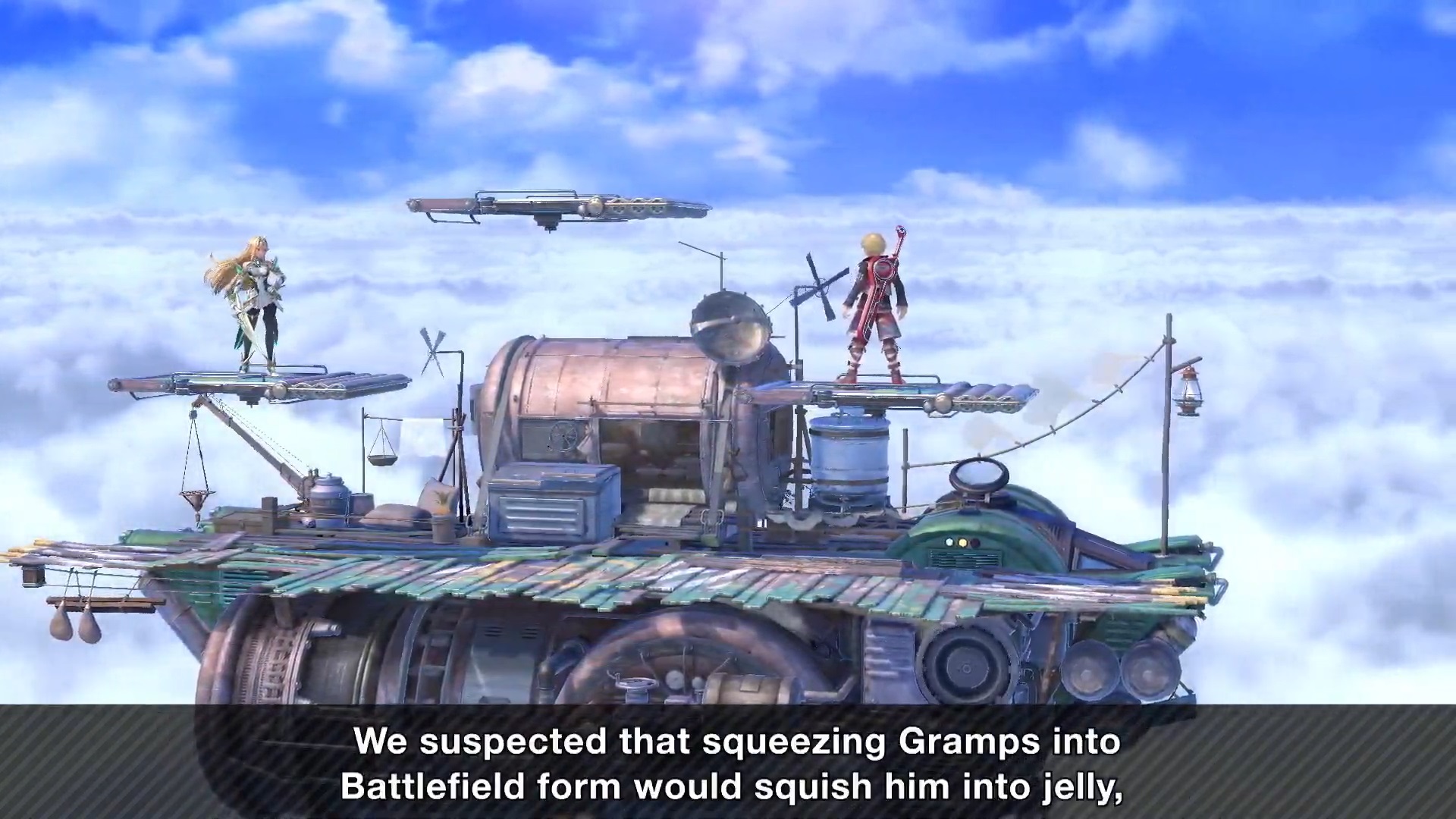 And here is the Omega version of the stage, above.

As for the fighter, they “considered” having Rex fight with Pyra/Mythra, but it was difficult to make work, similar to the challenges the team faced with Ice Climbers.

You can swap between either of them during the fight, or change who you want to start with by pressing the Y button. There’s also a slate of new outfits for them with new color variations. Pyra is all about “power,” and Mythra is focused on “speed.”

Pyra’s side launcher has “incredible” power, as evidenced by the stream. Mythra is a lot more technical, and can essentially parry attacks and trigger counterattacks with her Foresight ability. “Unlike Zelda and Sheik,” her standard strikes are basically the same, Sakurai says, but Pyra does more damage as a base (and in some cases, like aerial attacks, Mythra will perform multiple strikes).

Sakurai encourages players to swap between the two forms to suit their needs, but you can “also stick with one fighter.”

As a bit of a tip, Sakurai says Pyra is good for launching enemies, and Mythra is great for edge guarding, which sounds like a neat combo. When swapping between the two, you can use a bit of iFrame trickery to dodge things.

Their abilities are drawn directly from the source material, like flame nova (an area-of-effect blaze), blazing end (a sword toss), and prominence revolt (an upward then downward flame slash with a lot of launch power). Mythra uses lightning buster (a series of strikes), photo edge (a side flurry slash), and ray of punishment (a diagonally downward projectile kind of like Akuma’s Zankuu Hadouken. 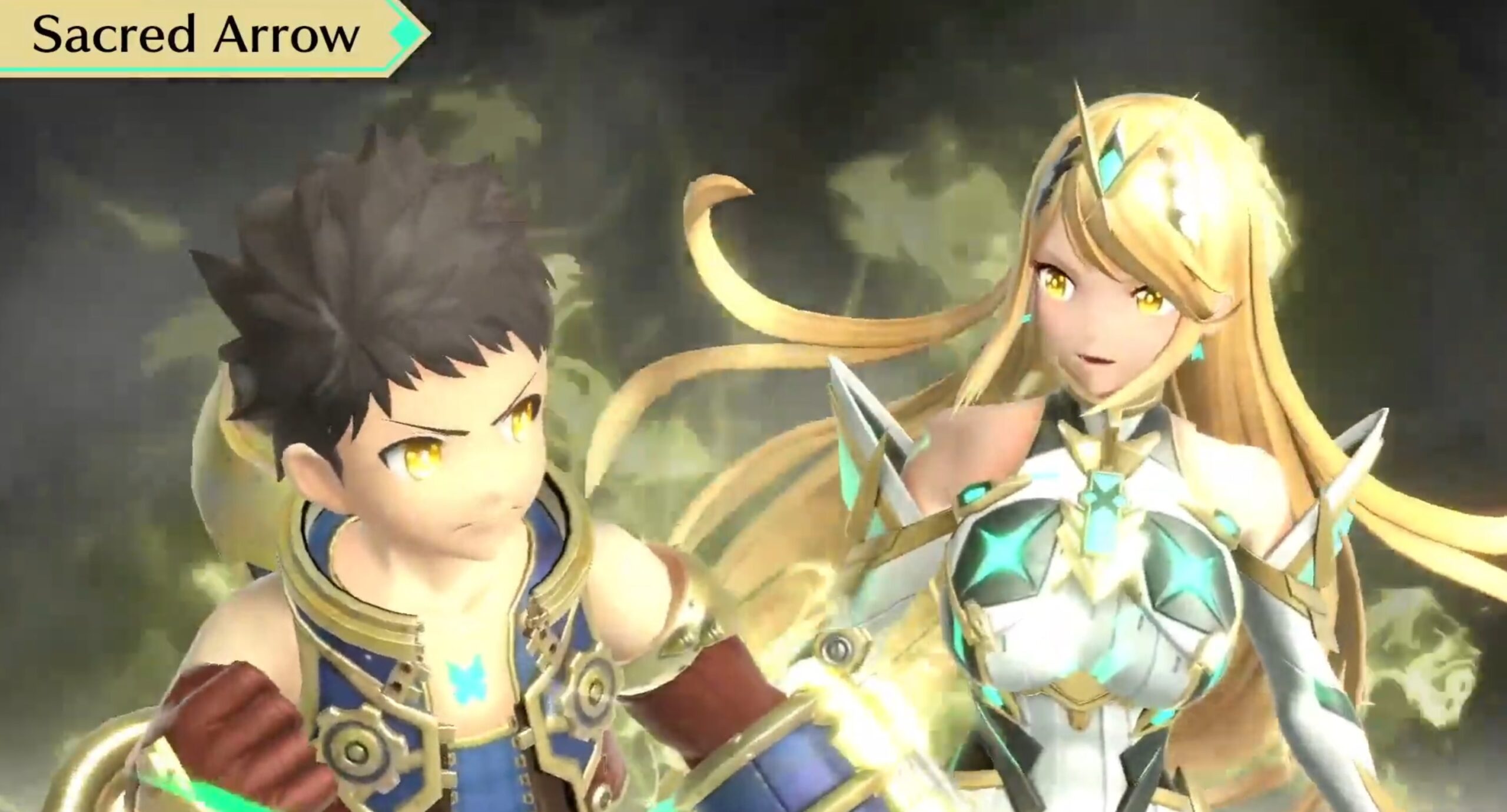 Their final smashes are burning sword (KOs) and sacred arrow (damage), respectively. Rex will come out for these in a cameo of sorts.

He’ll also appear at the start of a fight, in victory screens, and as part of their taunts. 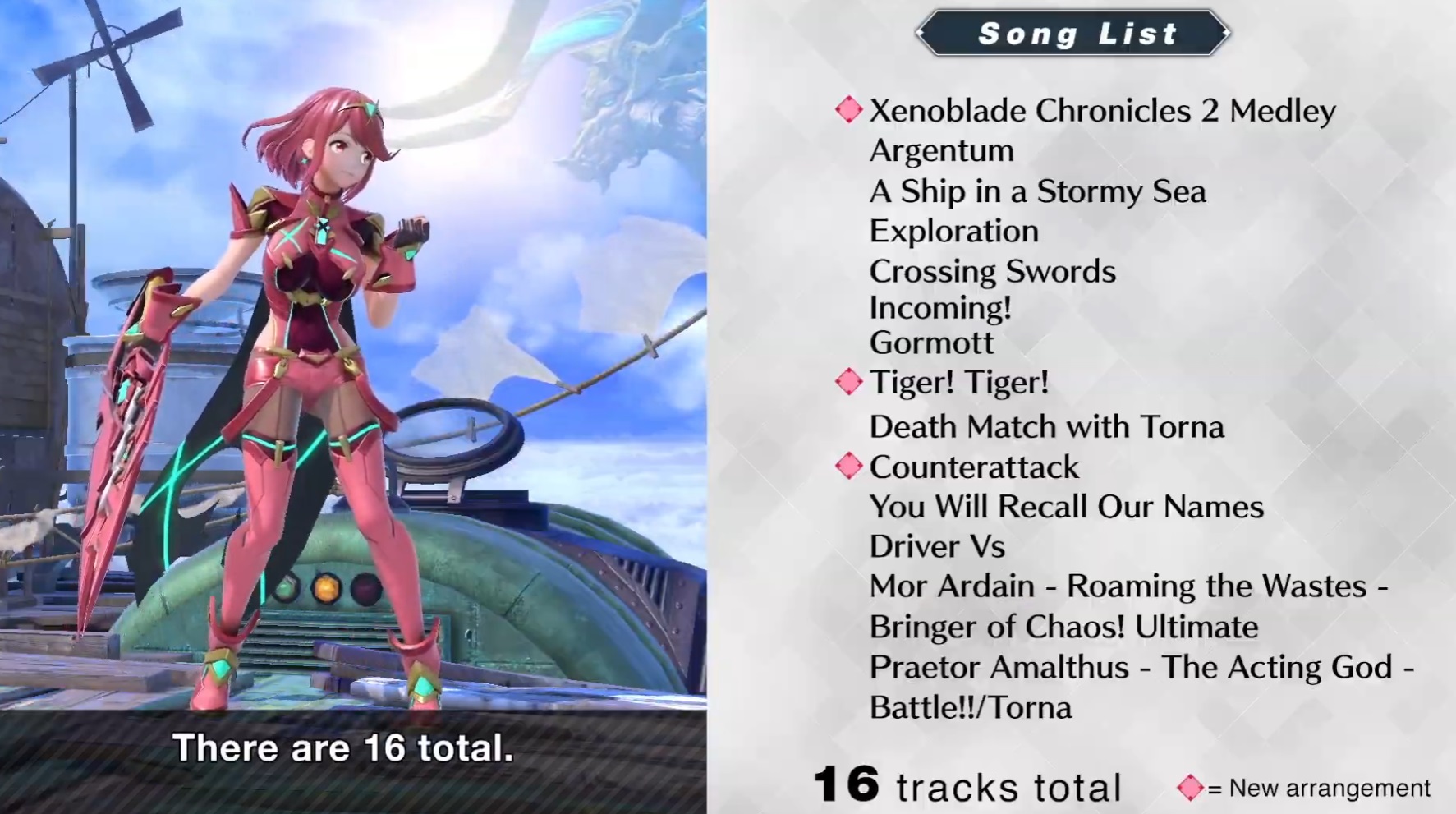 As for music, there are 16 total new tracks with “27 total songs across the Xenoblade series” in the game. 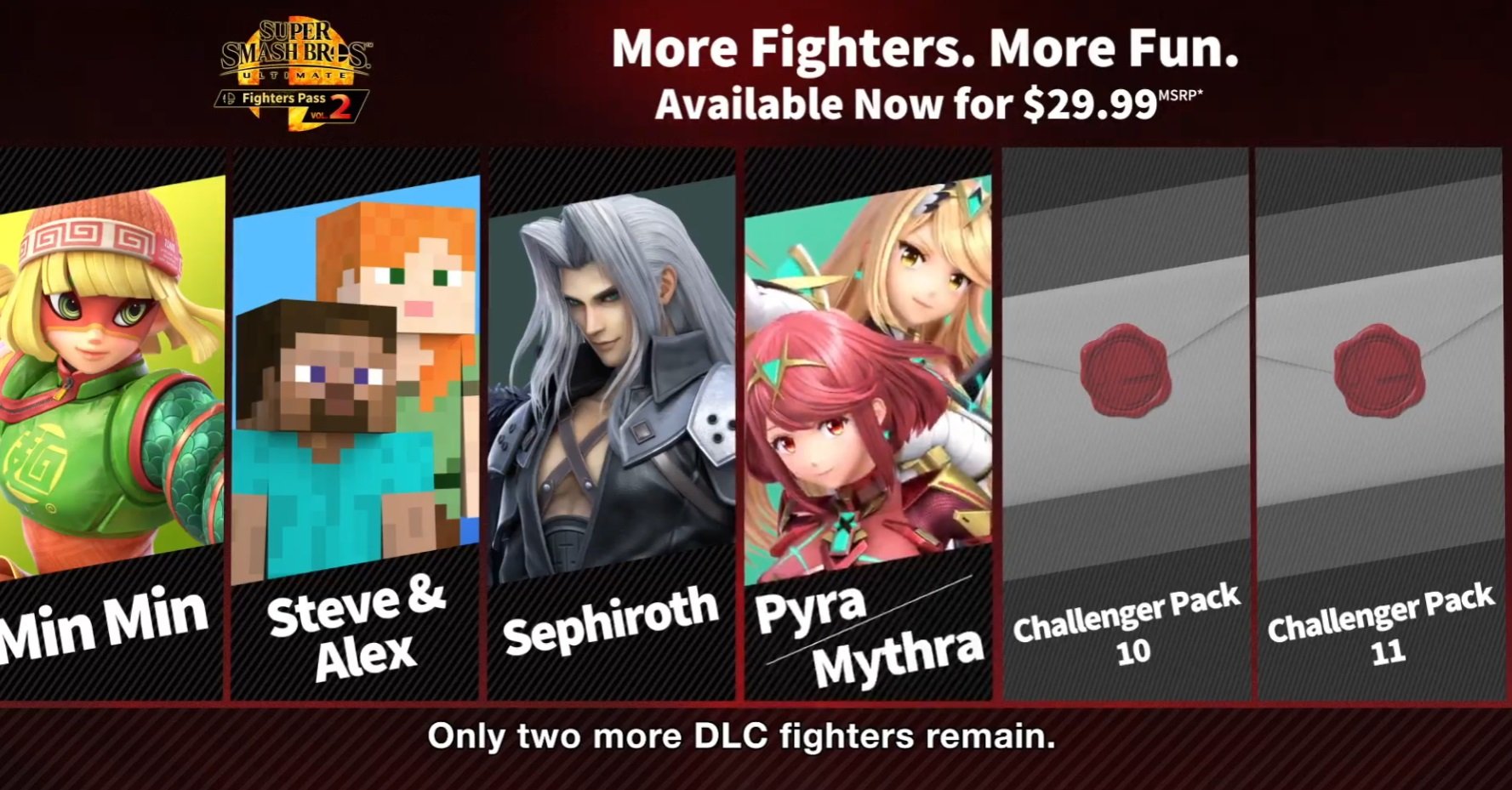 No amiibo were shown, but the DLC will launch today.

If you want to watch the video for yourself, you can check it out here.