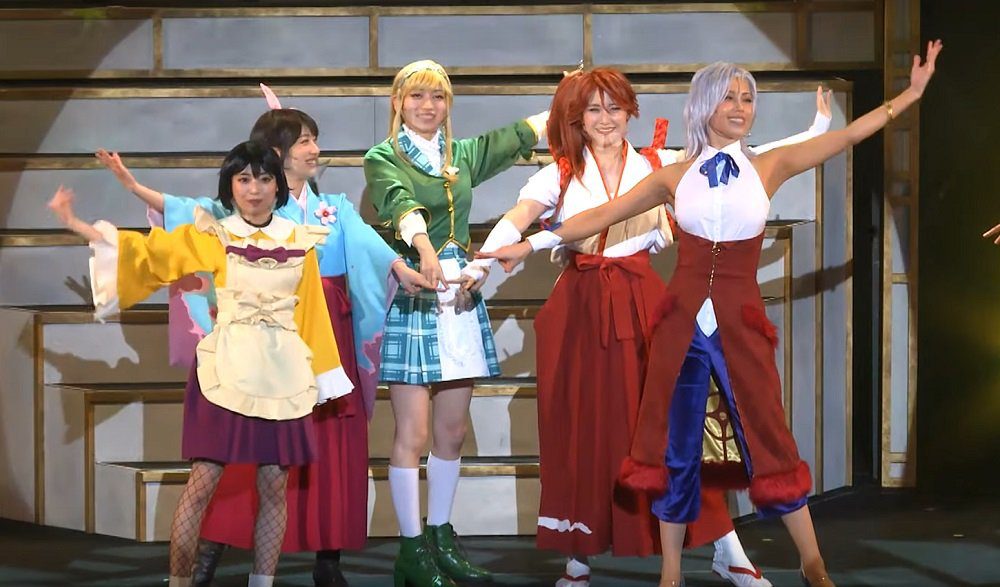 What would the festive season be without a delightful, high-energy pantomime? And for video game/anime fans, there’s no production more perfect for your needs than this awesome-looking Sakura Wars stage show, which took place in Japan back in late-November.

Shin Sakura Wars the Stage is a live-action adaptation of Sega’s Sakura Wars – a soft reboot of the legendary RPG franchise that launched on PS4 back in 2019. The show dramatizes an abridged version of the Sakura Wars’ narrative, and sees Flower Division stars Claris, Anastasia, Azami, Hatsuho, Sumire and Sakura herself perform energetic song-and-dance routines, before taking to their Spiricle units for dramatic, demonic battles.

With authentic costuming and inventive set projection – all backed by Kohei Tanaka’s joyful and inspiring score – Sakura Wars the Stage looks a lot of fun. There is also a neat meta effect to the whole affair, given that Imperial Combat Revue’s Flower Division are stage performers, (though this real-world show appears to go off with far less hitches than the troupe’s awkward in-game productions.)

You can check out a portion of the show, complete with English subtitles, in this video courtesy of Avex Pictures. Hopefully the performance will be made available to watch in its entirety in the near future.