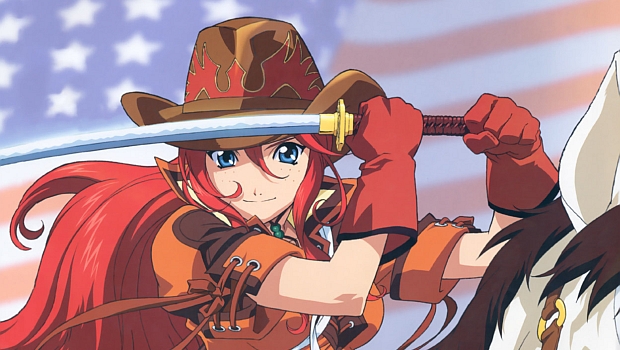 Friends and fellows, open your arms to happily welcome the latest cheeky Japanese game: Sakura Wars: So Long, My Love. The campy steam-and-song-powered interpretation of 1920s America is due to arrive on English-speaking shores this February.

The process of immigration and naturalization has already begun, even before the cast sets foot on New York’s streets. Like the actual immigrants stepping off onto Ellis Island in those early days, some of the characters with less-pronounceable names have been re-localized to roll off the tongue (and presumably the boat) better. And everyone will be receiving a passionately stereotyped dub, which you can taste in the trailer below.

Purists shouldn’t worry about “preserving cultural identity” and other such nonsense, as Sakura Wars remembers where its heart is: located on a Japanese-voiced disc included in every copy. Now, check out the box art, see a load of screenshots, and prepare to see (and love) just who’s going to be jumping into the melting pot next year.