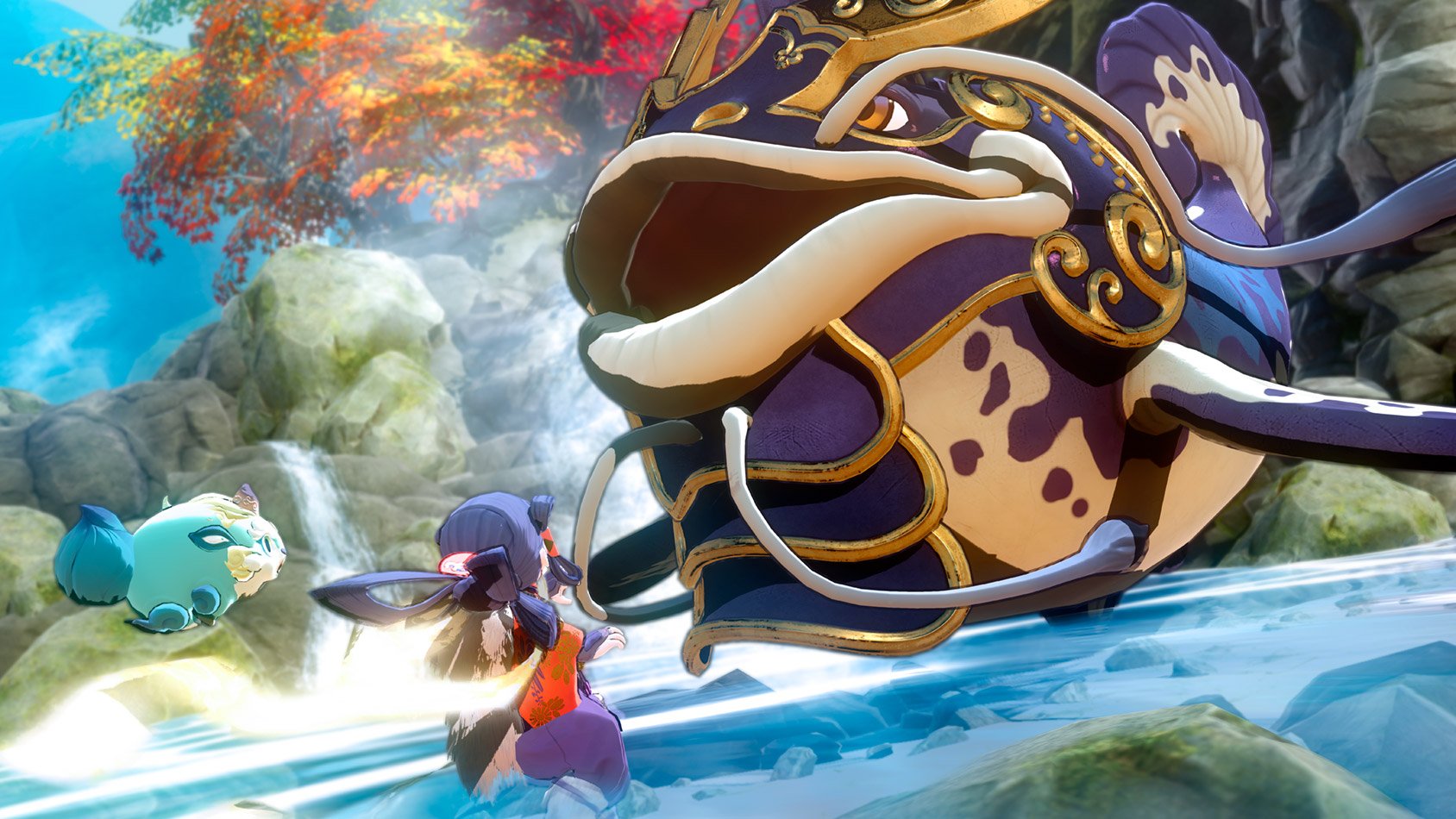 I’m not typically an Xseed sorta guy, but every so often the publisher picks up something that clicks with me on a profound level. That’s how I feel about Sakuna: Of Rice and Ruin, a rice-growing, baddie-slashing action game from Edelweiss, the team responsible for another unexpected favorite of mine, Astebreed. It’s got style and grace and lots of pleasant nods to Japanese mythos. It’s a keeper.

Admittedly, I’ve been sleeping on Sakuna, but there hasn’t been much to report. (Until now.) Going into E3 2019, Xseed has confirmed a Nintendo Switch version to complement the preexisting PC and PS4 plans. The humble action-sim hybrid is set to release in North America sometime this winter.

This trailer is a year old at this point, but the newest video I could find uses virtually the same footage, and it’s in Japanese, so I figured we’d go with the old English-language one. It still holds up!

The tantalizing gameplay premise: “Players take on the role of Sakuna, a spoiled harvest goddess banished to a dangerous island with a group of outcast humans,” according to Xseed. “As she explores the beautiful, forbidding environments of the island, she will also find a home in a mountain village, proving herself worthy of her title by harvesting rice and bettering the lives of humans.”

Sakuna is meant to be “an ode to rice and an engrossing simulation of the craft behind the agriculture.”

It’s just not something you see every day, y’know? I can’t wait to worry about mastering quality factors for my rice like taste, hardness, stickiness, aesthetic, aroma, and yield. Outside of whatever Nintendo’s up to (we’ll know soon enough), this is exactly the type of game I want to reside on my Switch.