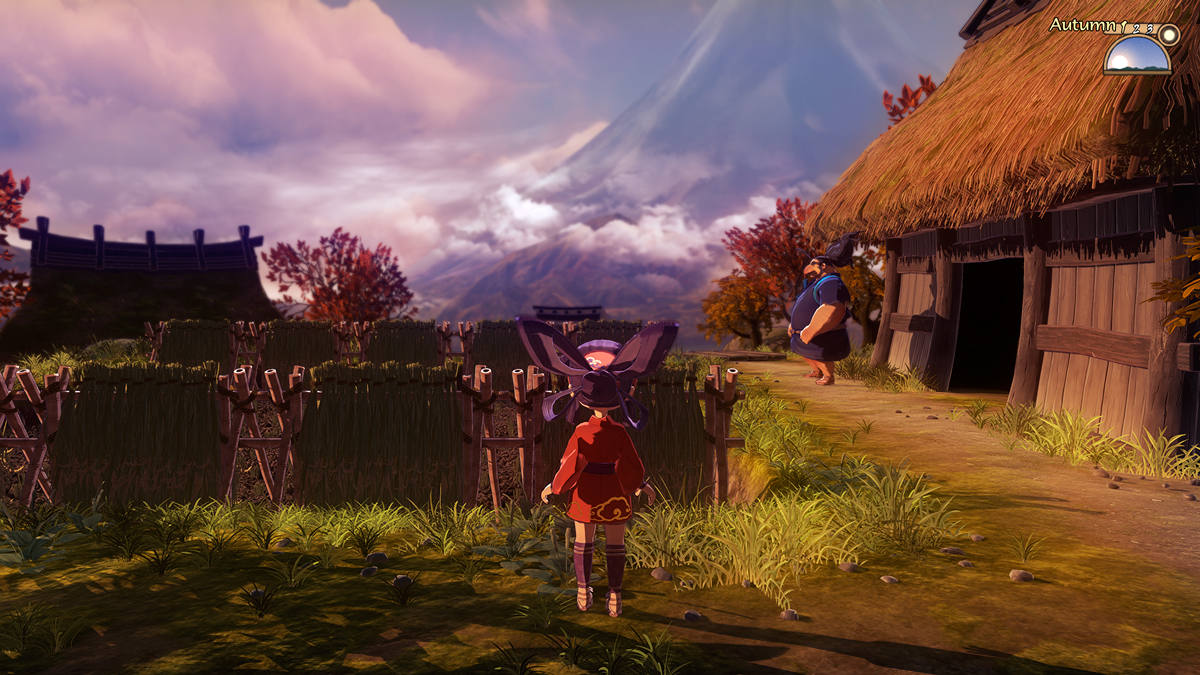 Sakuna: Of Rice and Ruin has been in the making for some time. Developed by the two-man team at Edelweiss, it tells the story of Sakuna, the daughter of a harvest goddess and a god of war, as she divides her time between battling the monsters on Hinoe Island and learning the ins-and-outs of growing rice. It’s an unusual combination of gameplay types, and while the latter aspect of Sakuna was not playable in the E3 demo, the former painted a picture of a tightly built action game that is damn fun to experiment with.

The demo quickly familiarized me with the basics of combat, creating combos with her quick and heavy attacks, before letting me play around with Sakuna’s Celestial Scarf. The combat is a bit slow here, leaning more towards a Castlevania title than, say, Katana Zero, but the scarf allows Sakuna to zip across the stage, bypassing enemies and opening them up for attack from behind. As you can see from my playthrough of the demo below, it took quite a bit of time to get a good handle on it and while I didn’t have the firmest of grasps on the mechanic by the time I struck down the boss, its potential was clearly evident.

The beauty of Sakuna: Of Rice and Ruin will be seeing how players chain together her scarf with her quick, heavy, and special attacks. Despite the simple nature of the gameplay, there is so much room for experimentation that it’s likely players won’t handle each fight the exact same way. The only issue I ran into during the demo was the lack of fluidity when coming out of a lunging attack. There is a small break in her movement after a lunge, making it potentially cumbersome to chain together quick combos and more devastating attacks.

That could change as Sakuna develops over the course of the game or it’s simply a quirk I’ll just have to get used to. Either way, it threw my game off somewhat in the demo, but not so much that I couldn’t defeat the skeletal boss awaiting me at the end. Most of the enemies in the stage didn’t impress all that much with their designs, but that boss is fantastic enough to excite me about what else I’ll run into when I play the full game.

I’m still curious just how deep the farming aspect of the title will be, but this Nintendo Treehouse session featuring the mode gives me a good idea of just how well it will mesh with the rest of the experience. Even without it, the combat here is solid enough to put Sakuna: Of Rice and Ruin firmly on my radar. I look forward to seeing it this winter when Xseed publishes it for PlayStation 4, Switch, and Windows PC.