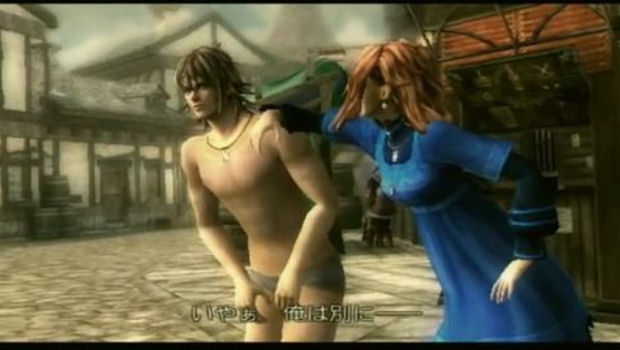 The Last Story director Hironobu Sakaguchi has stated that he might take a step back from game development if his upcoming Wii game receives poor reviews. To the venerable Final Fantasy creator, a critical failure would indicate that he can no longer meet the demands of the modern gamer.

“If the game is received poorly, perhaps my sense does not match with the times,” he says. “In that case, while I won’t go as far as ‘I won’t ever make games again,’ it would be meaningless to make games for a while. With that feeling, I’ve given my all.”

The Last Story is one of my most anticipated games of the coming year and I’ve been chomping at the bit for a Western release date. Mistwalker is responsible for the last truly great console JRPG I’ve played (Lost Odyssey) and this one looks fantastic as well. I certainly hope it does well and that there’s plenty of life left in Sakaguchi.

Also, The Last Story lets you shoot banana skins at people so that they fall over. That deserves an 11/10 review if ever a game did!