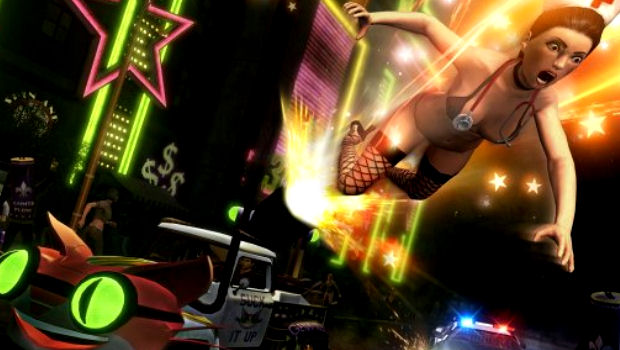 THQ’s Brian Farrell has revealed that Saints Row: The Third will be supported with enough downloadable content to spread over forty weeks. This is all part of the publisher’s new get-rich-quick scheme, in which it pours a ton of post-launch content into new games.

“We’re totally changing how we keep consumers engaged for a very long time,” he claimed. “We intend to create an online digital ecosystem that keeps them interested for a year or more.”

With MX vs. ATV Alive, THQ tried to sell a game for $39.99 and then make the rest of the money via DLC. Unfortunately, it didn’t do very well. It seems that the publisher will attempt this again with Saints Row, except without the “$39.99” part. Nice.

With all this DLC, I’m starting to worry that Saints Row: The Third will be an incomplete game sold at full price. The promise of forty weeks of “extra” content makes me very leery indeed, and gives the impression that THQ is taking the concept of downloadable content a little too far. I’m all for extras, but when you’re planning almost a year’s worth of software before the game’s even out, don’t expect folks to not get a little cynical.