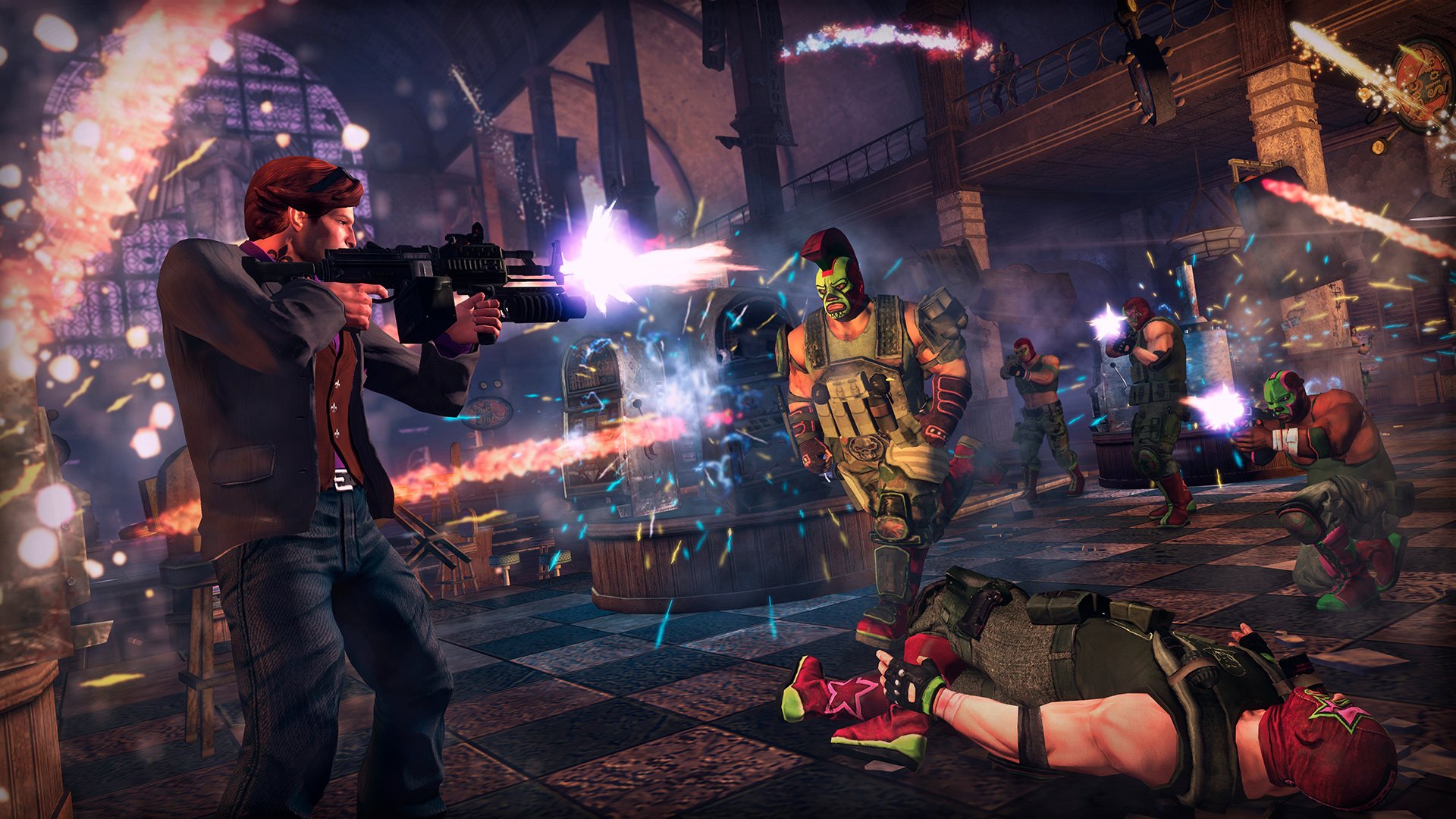 In other words, you’ll need two consoles for local co-op

Deep Silver is here to remind us that Saints Row: The Third – The Full Package is coming to Nintendo Switch on May 10, and while I wasn’t planning to double dip, local co-op has me pondering.

A new trailer has suggested the inclusion of “couch co-op,” though the finer details leave me feeling a little deflated. It’s true that “two players can play side to side via online or local multiplayer,” but for the latter option, they’ll each need their own Switch console. Don’t go in expecting split-screen multiplayer. It’s not a best-case scenario – some co-op support is better than none at all – but yeah, fair warning.

I’ll always appreciate Saints Row: The Third for letting me wreak havoc as a large metallic man who, through increasingly bizarre circumstances, has come to possess great influence over Steelport.

These games are dumb as hell in the best possible way, and while it’s tough to settle on a favorite, The Third might come in first. I like the balance it strikes between over-the-top power-fantasy scenarios and more grounded moments. Saints Row IV, meanwhile, pushes the story to greater extremes. Despite adding fun superpower-like abilities, the fourth game never resonated with me the same way.

Saints Row: The Third on Switch includes “all previously released content” on the game card with exceptions: two of the original add-ons, the Bloodsucker Pack and the Unlockable Pack, have been nixed. According to Deep Silver, it came down to “game balance and improvement based on feedback.”

The base game will command a not-unreasonable $40 price tag. The publisher is also planning a Deluxe Pack on Switch with bonuses like a full-size poster, thumb grips, alternate cover art, and a “Deluxe Game Case Sleeve featuring the original ‘old skool’ 2011 artwork for extra tasty nostalgia.”

Have you had your fill of this series yet?