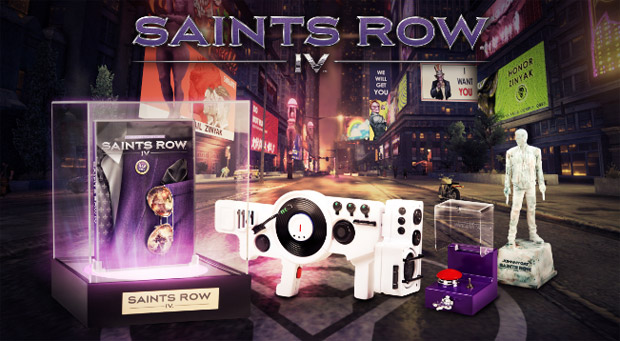 I mean, seriously — just look at this thing!

There sure have been some stupid collector’s editions, but this one takes the cake — and I mean that as the sincerest of compliments. It’s Saints Row, after all. You kind of just have to roll with it.

Deep Silver and Volition are producing 5,000 copies of Saints Row IV Game of the Generation Edition, a package which includes a light-up, rotating display case, an 8″ Johnny Gat statue, something called the “Doomsday Button,” and — why the hell not? — a 12″ Dubstep Gun replica “with laser and sound.” I figured this would cost something outrageous, but in the realm of CEs, $129.99 isn’t the worst price ever.

This ridiculous thing that future you will probably regret buying can be pre-ordered in North America for PlayStation 3 and Xbox 360. Sorry, PC gamers.