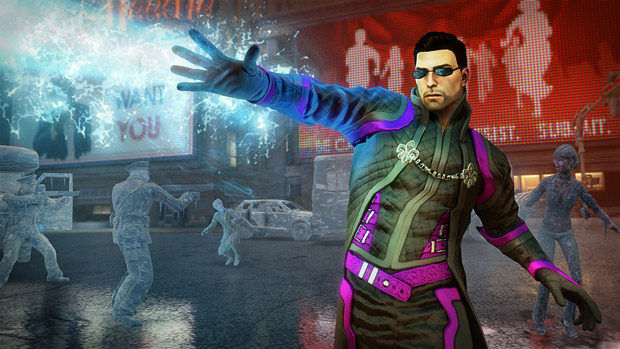 Along the lines of what Saints Row: The Third had from the sounds of it

One of the biggest games at PAX East this weekend is Saints Row IV and we got to see an early hands-off demo of the game this morning. While there’s going to be a lot of new content, something that’s not going to change is the downloadable content plan for the new Volition title.

“We plan on having a very robust DLC plan for Saints Row IV, just like we did with 3,” senior producer Jim Boone told me during a Q&A. “We haven’t put an exact number on it, in fact it’s frankly it’s something we’re still working on with Deep Silver. We had it all planned out with THQ, and we want to make sure [whether] the same drops make sense, the same timing and all that kind of stuff so we’re still kind of in a finalizing sort of mode. But it’s very comparable, at least our planning right now, is very comparable.”

As for the DLC, it’ll be along the same lines as The Thirds where it was a mix of new story content, plus weapon and clothing packs.

Hopefully Volition doesn’t go overboard with the concept like the 40 weeks of DLC plan was for The Third. Which, as you know, ultimately resulted in the “Full Package” version of the that contained all of the DLC.