Good to go for a second term

Saints Row IV is absolutely crazy. It is, without a doubt, one of the most off-the-wall sandbox experiences you can have on a console or otherwise. It’s an excellent cooperative adventure as well, and it delivers the franchise’s trademark juvenile, zany humor in droves.

Unfortunately, it released near the end of the previous console life cycle, so as it happens several Saints Row fans skipped it entirely or chose to wait until its eventual updated release on Xbox One and PlayStation 4, because we all knew it would probably happen. The time has finally come, as Saints Row IV: Re-Elected and the raucous President of the World is sworn in on current consoles. How is it, you ask? The short version: just as sweet as the first time around. 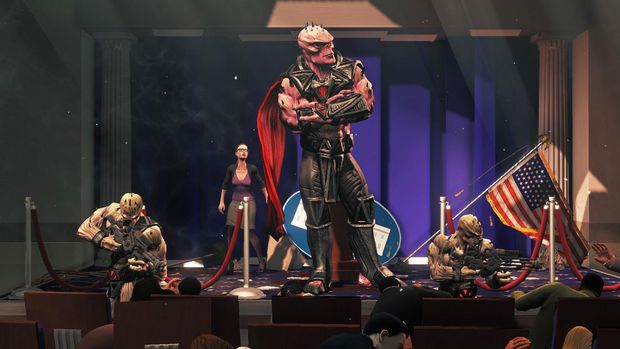 If you already played through the game, you won’t find anything changed here. The boss of the Saints has somehow managed to strong arm their way into becoming the President of the United States. In a sense, you may as well be a superhero – perhaps that’s why you end up getting super powers later on in the game. The game is centered around making the player feel as awesome as humanly possible, which it does accomplish in several ways.

Zinyak, the alien mastermind behind enslaving humanity and committing a hundred other heinous deeds, is a well-read megalomaniac who’s content to toy with the Saints leader in any way he can, including depositing him or her into a virtual Steelport that’s been conquered and is teeming with Zin soldiers. It’s your job to take him down.

You do just that while navigating a simulation of the Steelport you know and love from Saints Row: The Third, getting yourself into a bunch of situations such as the Saints boss being whisked away into a ’50s-styled sitcom world where “golly gee” is about as rude as one can get, the hilariously awful dubstep gun, and the text-based adventure game snippets found nestled within the game.

The introduction of superpowers to the mix is what ends up making Saints Row IV what it is, however. It’s empowering to be able to leap up tall buildings, slam into enemies with a lethal ground pound, or sprint through Steelport faster than a speeding bullet. Ice, fire, and other elemental powers are instrumental in incapacitating Wardens, larger Zin soldiers that wreak havoc on you if you amass a full wanted rating, and jumping across the city can be pretty exciting. Unfortunately, super sprint renders vehicles virtually useless, so that’s one less thing you’ve got to engage in, but the array of other powers makes up for it.

The leader of the Saints is consistently witty and fun, whether you choose a male or female avatar, and one of the biggest attractions of the game. “Romance” options, some great retro gaming references, and an excellent soundtrack accompany your jaunts about town, and if you’ve ever wanted to smack someone in the head with a writhing tentacle sword, this is your chance, especially given the upscaled visuals, additional content, and the just-released Saints Row: Gat Out of Hell. 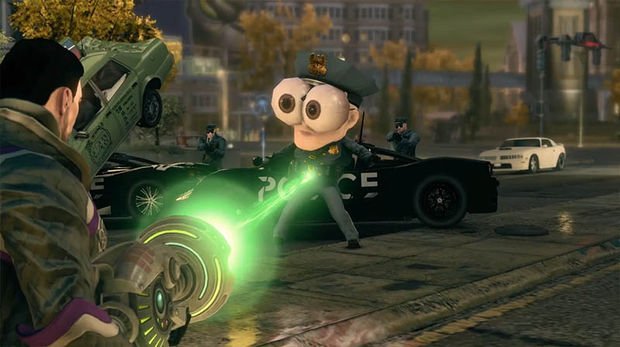 There’s plenty to do in Saints Row IV: Re-Elected, whether you’re coming in as a new player or are here strictly for the additional content. As an aside, I want to mention that I’m pleased with where Saints Row has taken me before, but I’m ready for a new frontier. A new city. A new crew to run with. I had my fun with Steelport and the Saints, but perhaps it’s time for a new story. We’ll always have long car rides, er, sprints through the city…and this is the definitive way to experience Saints Row IV.