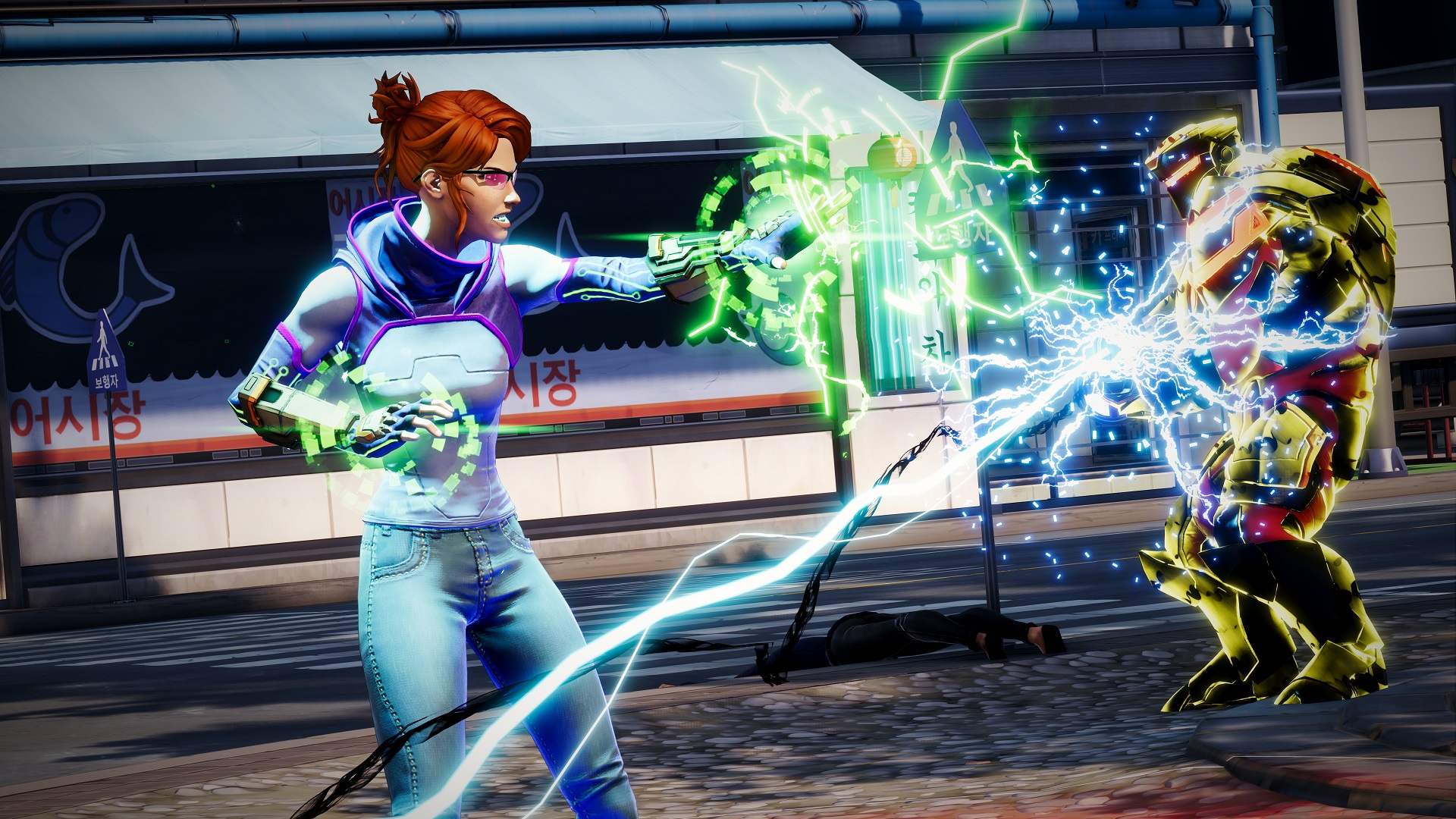 It’s no surprise that Saints Row favorite Kinzie Kensington has breached Agents of Mayhem. She’s built an entire career around getting places she’s not supposed to be.

Today, Agents of Mayhem added the “Safeword” DLC which sees Kinzie cross over as a playable character. The add-on runs $5 and comes with a handful of new agent missions tailored specifically to Kinzie. Developer Volition says that these missions shed more light on her backstory.

Kinzie should feel right at home as she appeared in the past few Saints Row games, and Agents is very much like a Saints Row game. She infiltrated what she knows best.