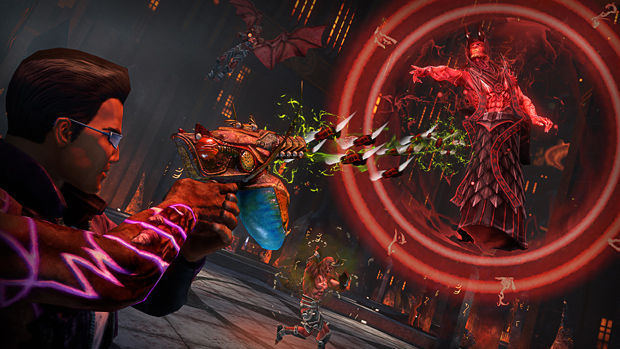 Sprout some wings and take an aerial tour of Saints Row: Gat Out of Hell and New Hades with Johnny Gat acting as a murderous guide. When he’s not perusing the underworld via an overhead view, he’s running down demons in his rambulance or firing swaths of rockets from his armchair.

Our promised musical number hasn’t shown up yet, but so far, everything is so wonderfully Saints Row.