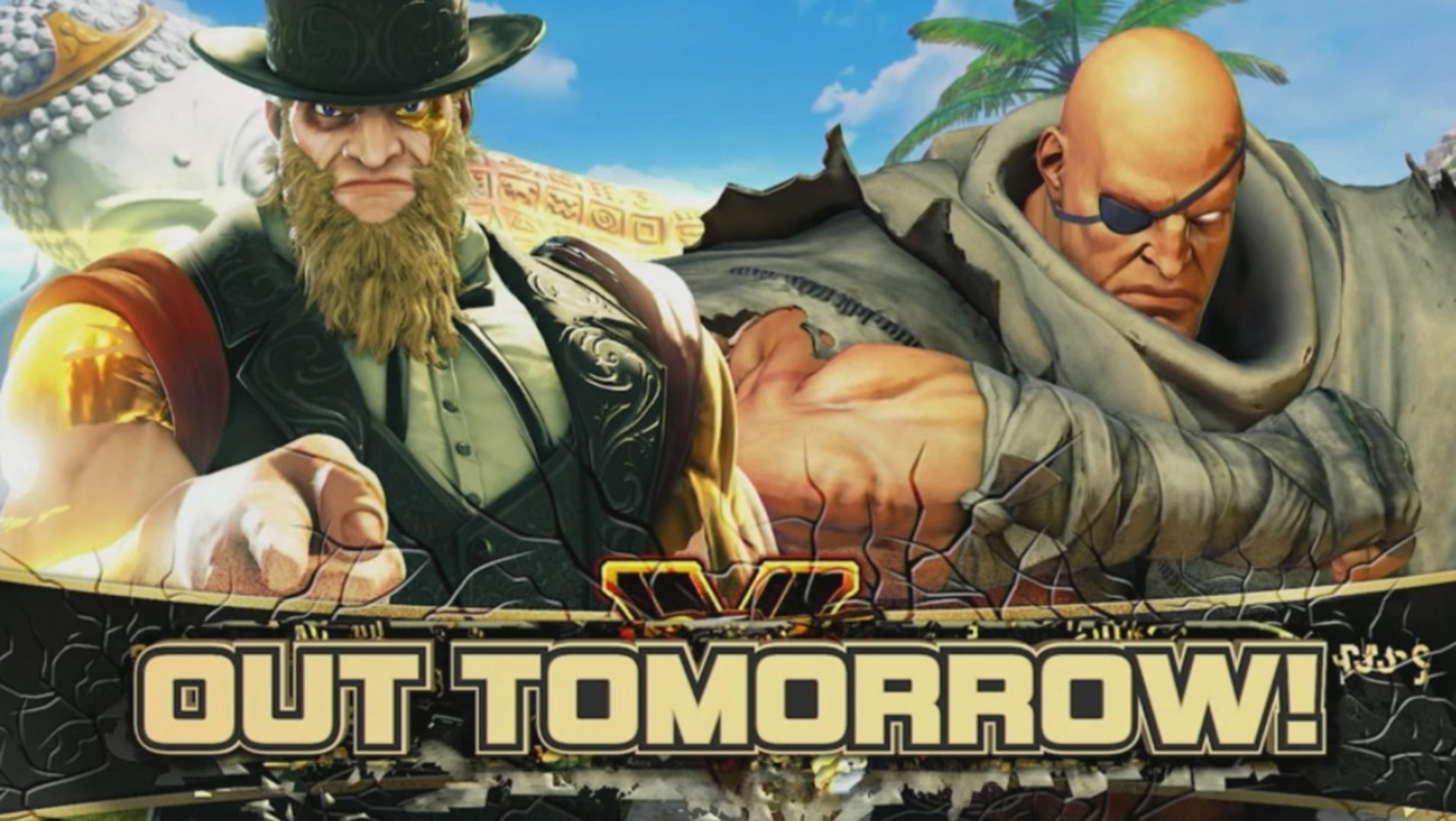 I would vote for G in a heartbeat

Before getting started with the final stretch of EVO’s Street Fighter V tournament, Ono took the stage to reveal not one, but two new trailers. Following an appearance in person, the president of the world known as G received the first trailer with a sick theme song. Afterwards, the trailer for Sagat was shown off, showing how the famous character would appear. They were then confirmed to be coming out tomorrow in a surprise twist!

The PlayStation US blog had further details on the characters, which you can find below along with the respective trailers for each character.

G, the Man of Mystery, is perhaps the most elusive character to be added to Street Fighter V: Arcade Edition. As the self-proclaimed “President of the World,” he suddenly appeared vowing to unite the citizens of Earth under his name. Although he is initially ignored, Rashid agrees with G’s cause and sets off to spread his message. Who is G? Are these his true intentions? Is G even human? There’s much more to him than meets the eye…

In a fiery move set that hints at his true nature, G is able to draw power from the Earth to improve his “Presidentiality.” With every level his Presidentiality increases, his special moves become stronger and new combos are unlocked. Being able to charge up in the midst of a fight is vital in G’s game plan as his Presidentiality will decrease when he’s knocked down. With magma, Earth energy, and a penchant for giving speeches, G is a character who should not be taken lightly.

Bow down before Sagat, the Solitary King, for his arrival beckons your attention! Sagat first appeared as the final boss in the original Street Fighter and has become a fan-favorite ever since. His main goal? To become the strongest fighter in the world. After his fight and subsequent defeat by Ryu, he vows to one day win in a fair fight against the man who gave him his trademark scar. In Street Fighter V: Arcade Edition, Sagat has been in hiding in the mountains to overcome his inner demons of self-worth.

Sagat’s move set remains true to his previous appearances with his signature Tiger Shot, Tiger Uppercut, and Tiger Knee Crush. Known as a master of keeping opponents away, Sagat utilizes his two versions of Tiger Shot to control the ground and Tiger Uppercut to control the air. He makes up for his slower speed by having long-reaching moves, just like the Sagat you know and admire.