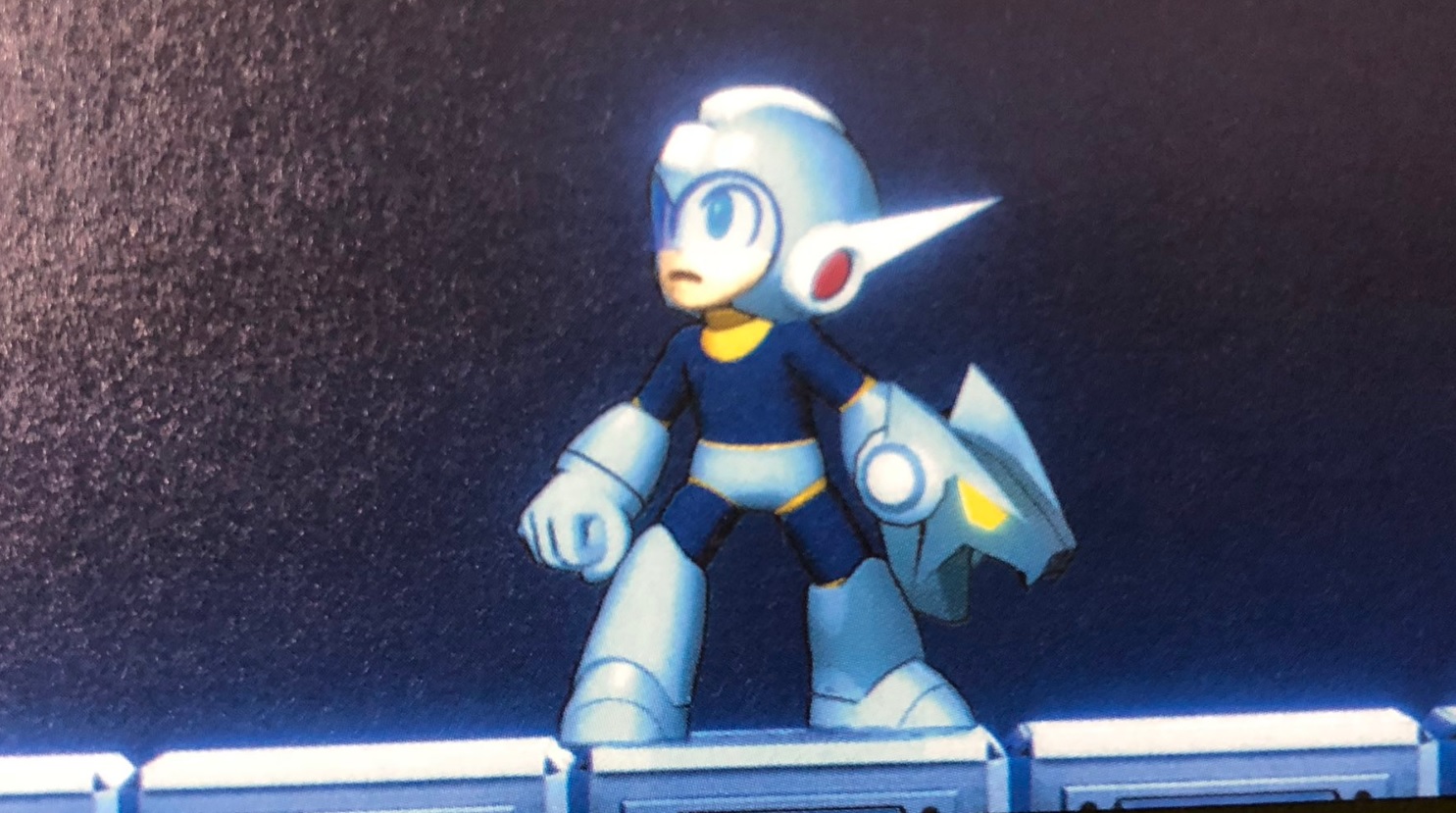 Mega Man players are some of the most eagle-eyed fans in the industry. They saw the writing on the wall for Mega Man 11 before it was announced by way of a Block Man outfit that seemed like a throwaway/unused piece of concept art, and they also managed to sneak a peak at a Star Force (a Mega Man spinoff series) design that graced the pages of Game Informer back in January of 2018.

It led to all sorts of speculation that the costume would be playable in Mega Man 11, and perhaps people haven’t figured out how to unlock it yet: but nope, that legend has been put to bed. According to the official Rockman 11 Production Note book, it’s simply a placeholder for Tundra Man’s weapon: full stop. The book humorously explains how it happened: “When there was still no design for the Tundra Man weapon, Mr. Ueda created a Shooting Star style [Star Force] model as a place holder during development. It seems the magazine journalist that came took a photo of it… Sorry for confusing fans. We blame Ueda.”

While it may seem like an innocuous joke, the fact that the Mega Man 11 team is playing around with historical references like this could led to cameos, or perhaps full-on sub-franchise crossovers in the future. They’re clearly passionate about the source material and my guess is Capcom is ready to resurrect Mega Man through any means necessary. Finally giving us that Mega Man Classic and X series mashup would be pretty explosive.