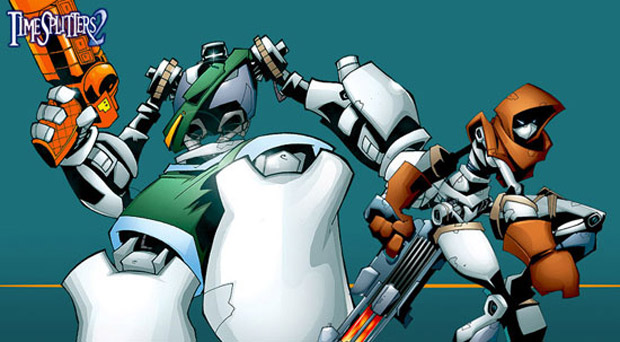 I originally wasn’t going to write about this, but then I remembered that ignorance isn’t so blissful after all. It’s tough to be a fan of TimeSplitters these days — any news regarding the series seems to be painful to read. Unfortunately, this post is no different.

NotEnoughShaders spoke with a few members of Crash Lab, a relatively new studio made up of talent from Rare and Free Radical Design, and while there’s quite a bit of information about the companies’ past dealings I hadn’t ever heard before, one quote in particular stood out. Brace yourself.

“We had a ‘HD’ downloadable version of TimeSplitters 2 in development at Free Radical in 2008,” says co-founder Steve Ellis. “I don’t know what happened to that but yes, I’d love to see it released at some point. Maybe it could be the catalyst that is required in order to raise enough interest in TimeSplitters 4 that a publisher might want to fund it.”

Ellis also tackled the topic of funding via Kickstarter and how that would likely pan out for TimeSplitters. He doesn’t personally see it as “currently possible,” stating:

“I think that the novelty of Kickstarter and the surrounding press coverable were a large part of the reason that Double Fine were able to raise as much as they did. I don’t expect games to be routinely funded that way, and I don’t expect that figure to be significantly exceeded any time soon. However, FPS’s are much more expensive to develop than point & click adventure games.

“To put this in context, Double Fine Adventure raised about as much money (before fees) as it cost to develop GoldenEye 007 on the Nintendo 64 in 1997. A modern FPS would require several times as much funding, and I don’t think that that is currently achievable using Kickstarter.”