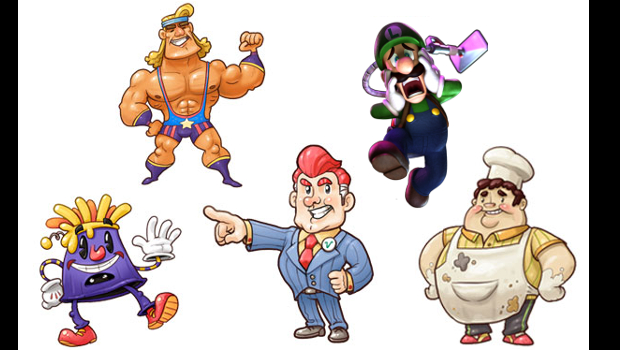 Last week on Sup Holmes (now on itunes) we happily welcomed former Next Level games and Silicon Knights programmer Ryan Vandendyck to the show. Ryan worked on games like Spider-Man: Friend or Foe, Super Mario Strikers, and Luigi’s Mansion: Dark Moon in the past. His latest project is the comedy/strategy RPG Citizens of Earth (only a couple of days left to back it!). We talked with Ryan about the culture at Silicon Knights and how it helped take their huge open world horror game The Box from a giant adventure, to a single room filled with cool stuff, to cancelation. We also got an idea of what motivated Shigeru Miyamoto to produce Luigi’s Mansion: Dark Moon (hint — he just felt like it) and a sense of what it was like to work under the legendary developer.

Eventually we swayed in the discussion of Ryan’s Christian faith and how it impacts his development style. While he’s hesitant to ever be in your face or preachy about his faith in his games, it’s clear that Ryan’s belief in the goodness that connects all people has leaked into the thinking behind Citizens of Earth. Sadly, when Christianity ends up discussed in a game blog, it’s usually got to do with censorship or demonic Pokemon. Ryan and other developers like him may help change that in time.

We also talked about how Ryan used to dress up like Dragon Quest characters. Pretty adorable.

Thanks again to Ryan to appearing on the show. We’re on break again this Sunday while our beloved engineer Sinistar visits his cousin Mukor for a wedding, but tune in the Sunday after next for more blazing hot Sup Holmes conversations.