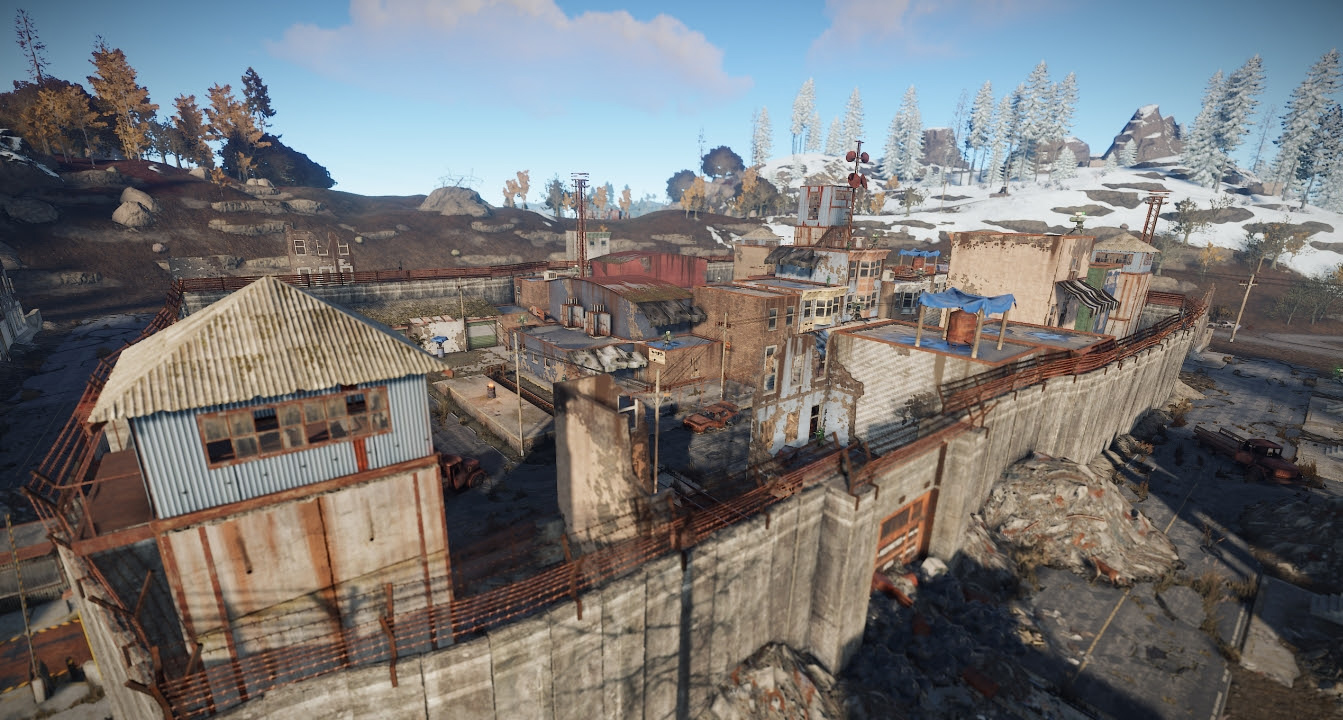 Why can’t we be friends?

Rust can be a savage, unforgiving place, but with this week’s update, players will have just a little more breathing room. Facepunch has added the Compound, a scientist-run area that acts as a safe zone. There’s absolutely no weapons, killing, looting, or sleeping within its walls, and anyone caught breaking the rules will be designated as a hostile and gunned down in a scene straight out of RoboCop.

Okay, maybe it’s not quite so dramatic. But ne’er-do-wells will be blown apart by turrets!

“It’s probably going to be gamed pretty hard, so we’ll have to just keep iterating, but this will bring a new dimension to the game that we’re very excited to see play out,” wrote the developers. “We originally intended for people to set up these kind of zones with peacekeeper turrets, but after a year and no-one bothering we took matters into our own hands. We really hope you guys have fun with this and we’ll be listening for feedback and fixing problematic areas as the month goes on.”

With that all said, rule-breakers’ hostile status will persist across death to “prevent griefing.”

Aside from just being a place to peacefully coexist, the Compound offers basic clothing, traps and weapons, resource exchange, tools, components, and building supplies.

Elsewhere in the update, Rust has gotten scuba gear and underwater rock formations to explore, some new server-side anti-hack measures, first-person clothing models, and a few other enhancements.