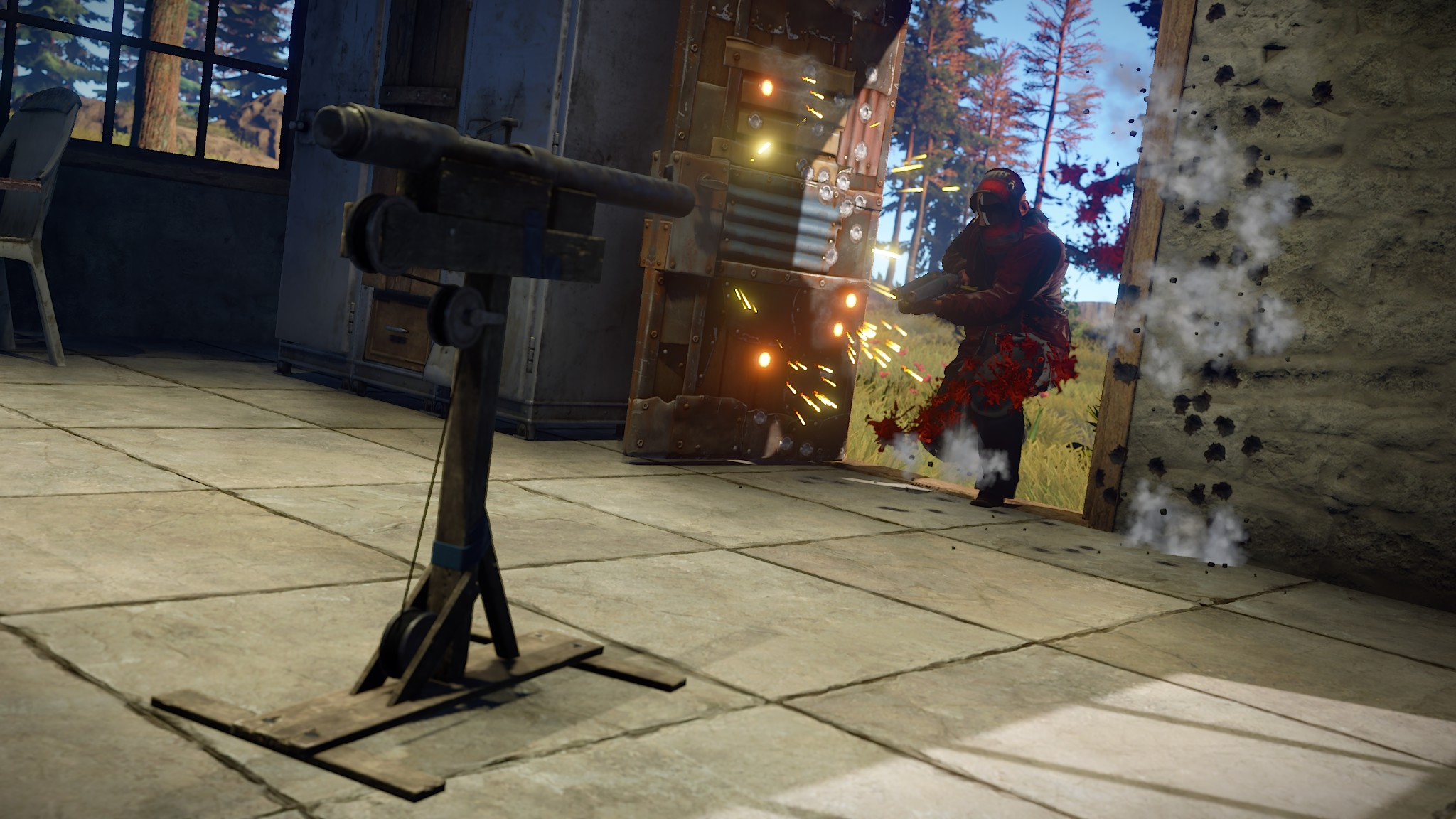 The last time I played Rust was back in October 2014. To recap: I smashed a warthog to pieces and then got my own head bashed in by another player, like you do. I haven’t been back since. It’s not even that I’m bored of the humans-are-the-real-monsters survival sandbox (though, admittedly, the concept is less novel nowadays). I’ve simply been holding out for the final release, whenever that might be.

In a blog post about the curse of Early Access, creator Garry Newman touched on when Rust will finally launch on Steam proper. It’s happening sooner than I was thinking. Here’s the crucial excerpt:

“To me it comes down to a single question:

‘If early access didn’t exist – would we release this game?’

Once you put it in these simple terms, it’s easy to answer. We definitely would have released it by now. We obviously wouldn’t have stopped updating it yet (and we don’t plan to stop updating it after we leave EA), but it would have been on Steam by now.

So our plan is to add a bit more help to the game (so first time players can actually open the inventory menu without reading guides on the internet), and then quietly slip out of Early Access.”

It’s been long enough for me that I’ll essentially be coming in fresh, so, good to hear.