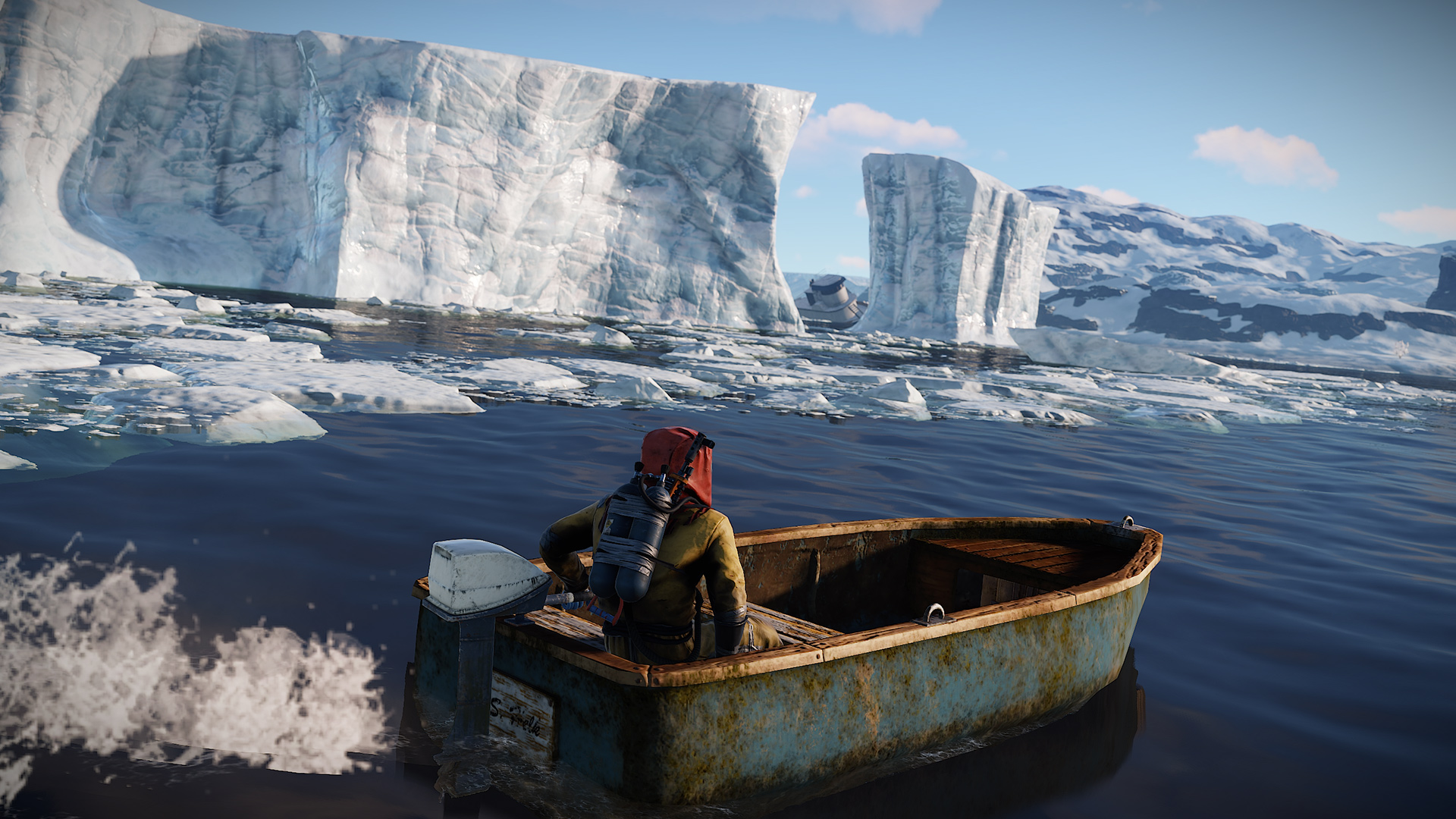 For me, Rust tends to bounce between two very different experiences. Sometimes, it’s a nerve-wracking game about establishing a safe haven where you won’t be found and promptly murdered in the night. Other times, it’s a reckless game about getting into trouble just for the thrill of it all.

Today’s update speaks to the latter experience — it introduces player-controlled boats. The motorized rowboats appear on shores across the map and are big enough to fit a driver and three passengers. Beyond just screwing around, they’ll also prove useful for reaching newly-added flotsam junkpiles.

The update also revamps forests with “much greater visual variety” and denser foliage better suited to hiding small bases, along with many other additions like hairstyles and floating corpses.

The other big upgrade: the CH-47 Chinook event. It’s in. “This transport helicopter is a periodic server event which will appear offshore and make its way to a designated drop zone to resupply. Drop zones are located at most of the Tier 1 and above monuments, and the helicopter will orbit the area in an attempt to neutralize any threats (read: players). After this, it will approach the drop zone and release its payload.” Everyone on the server will be able to see where this precious cargo has dropped on the map, and players can only loot it once it’s been properly disarmed. That process takes time. Good luck!