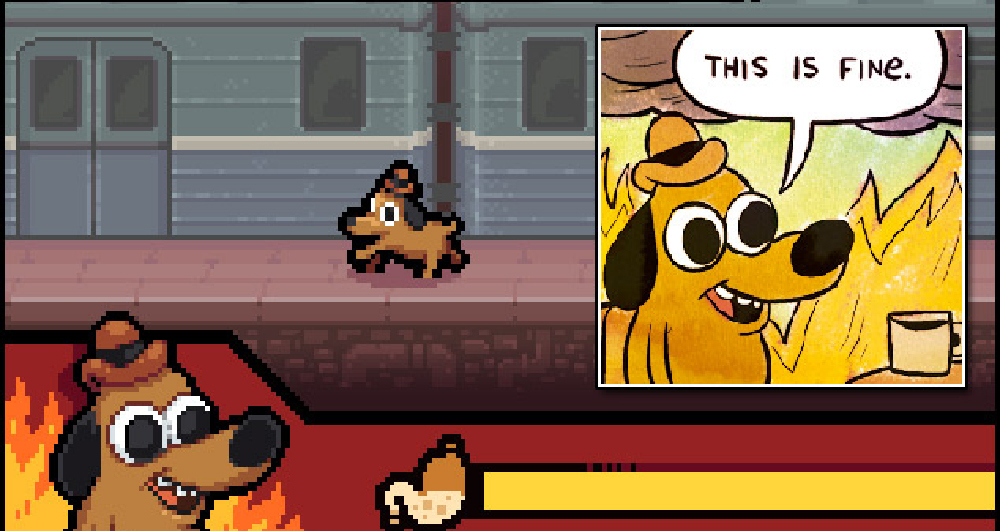 Try to set the night on fire

When I saw this update for Russian Subway Dogs, the new game from the creator of They Bleed Pixels, my first thought was “Donald Trump is going to love this.” Not only does it feature three of his favorite things (dogs, fire and Russia) but it’s also related to a comic strip that many say as the perfect metaphor for his campaign.

That’s right kids, Question Hound from KC Green’s Gunshow will be appearing as a playable character in Russian Subway Dogs. The two make for a perfect pairing. Much like Green’s famous “This is fine” comic strip, Russian Subway Dogs takes real life hardships and turns them into something relatable and charming. It’s sort of like Tokyo Jungle, but instead of puppies taking down alligators, its a dog in a little hat doing battle with the Baba Yaga.

That’s assuming that it makes it to its backing goals. It’s still a ways out, with 23 days to go, I’m optimistic for the game, but maybe a few more dog cameos would help it to get there. Any particular canines you’d like to see make the cut?