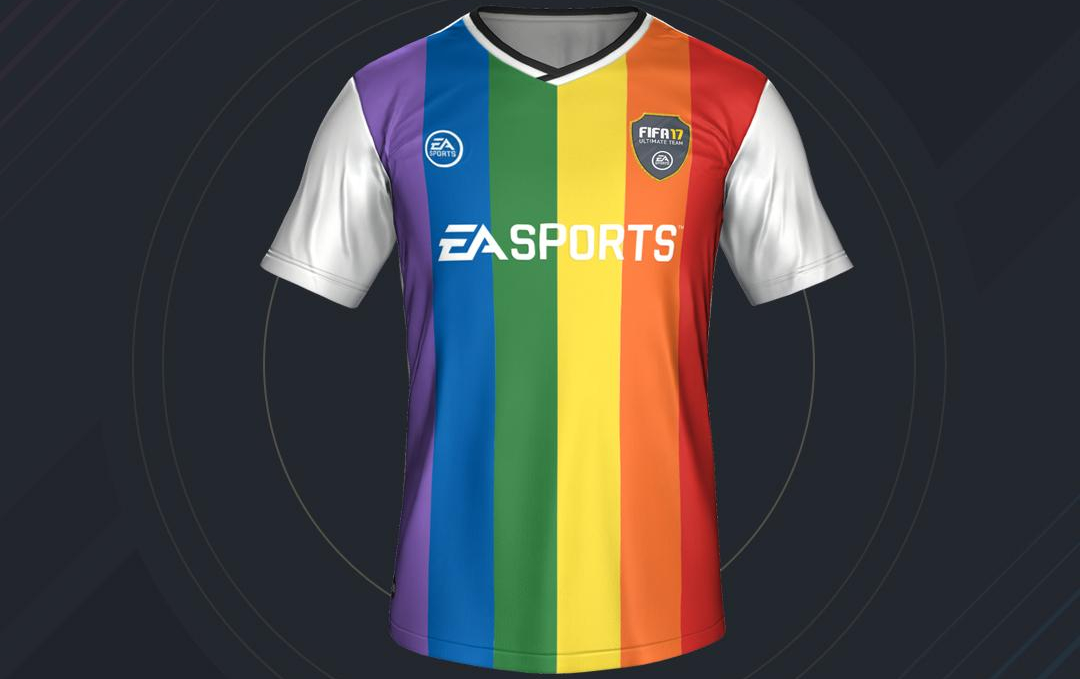 Russia is at it again. Russian MPs have sent a letter of complaint to the communications oversight and state consumer protection agencies asserting that FIFA 17 may be in violation of Russia’s 2013 “gay propaganda” law that claims the presence of positive homosexual material in media will do “harm to children’s health and development.”

In this case, it was EA giving out a free rainbow calcio kit that led to Communist MPs sending the letter. EA gave away the digital item in support of the Rainbow Laces campaign meant to combat homophobia, biphobia and transphobia in the sport.

Show your support, get your FREE Rainbow kit in FUT now! More on the #RainbowLaces campaign: https://t.co/2NohXaloXe pic.twitter.com/xSbY9G8wAp

According to The Guardian, Communist MP Valery Rashkin says the family-friendly-rated game needs to be investigated by the Federal Service for Supervision in the Sphere of Telecom, Information Technologies and Mass Communications to ensure it is in compliance with the 2013 law. Following that, authorities should order the developer to, “introduce changes to the programming code or the age classification of this information product, and if it refuses, adopt corresponding restrictive measures.”

FIFA 17 could even end up banned in Russia. United Russia MP Irina Rodnina told Russian newspaper Izvestia that authorities need to “verify the possibility of distributing this game on the territory of the Russian Federation,” noting, “Every state has its internal laws and order; they need to be obeyed.”