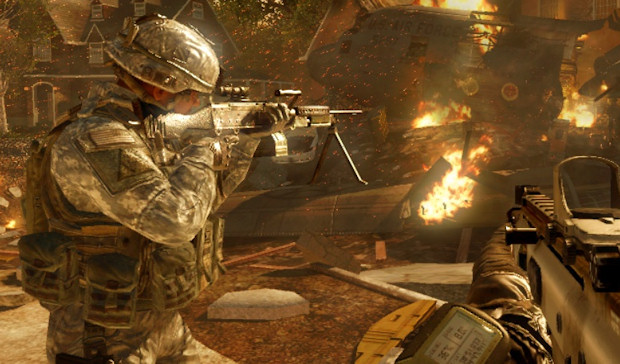 As everybody knows by now, Call of Duty: Modern Warfare 2 includes an incredibly controversial level set in a Russian airport that has generated much discussion. The level has proven to be so inflammatory that the real-life Russia has acted, recalling all copies of the game from stores and effectively banning the title.

Infinity Ward has opted to patch the level out entirely for Russian consumers, and an edited version of the game is expected to be re-released in less than a month, pending government approval. Even that may not pass, however, considering the entire game is based around a war between the US and Russian forces.

Russian gamers are apparently very unhappy with the game’s content. One Web site, GotPS3, railed against Infinity Ward for catering to an American audience and ignoring the sensitivities of other cultures. The site believes that Infinity Ward portrays the Russians as terrorists.

This is seriously quite pathetic. I am sure Russians would have had no problem if it was another country involved in the game’s plot, like Germany, which has of course been the antagonist in most Call of Duty games. Anybody who pays attention to MW2‘s plot will understand why Russia is at war with the US, and know that the Russians aren’t being depicted solely as bad guys.

But still, these are videogames, right? No need to actually research and contextualize those at all, not when there are kneejerk reactions to be had.