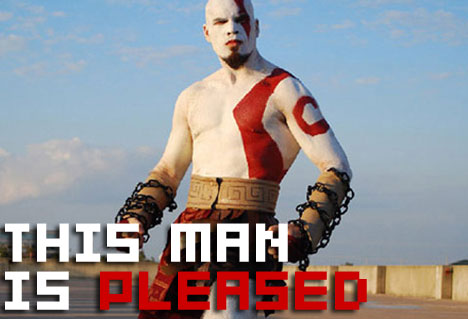 If you’re one of those people who thought that director Brett Ratner completely ruined X-Men: The Last Stand and that he’s the movie industry equivalent of the Antichrist, here’s some good news.

Although it’s been previously reported that Ratner has been attached to direct the much-talked-about God of War film, that no longer seems to be the case. According to Production Weekly, the director has shelved the God of War film in favor of Trump Heist an Eddie Murphy/Chris Tucker flick about robbing Trump Tower.

Where this leaves the fate of the God of War film is uncertain, but the chances of it becoming a reality before God of War III hits the shelves is highly unlikely.

A God of War film is a sensitive and tricky proposition, especially given the history of cringe-worthy videogame films. How would you like to see it done right? Who do you think could bring Kratos to life?