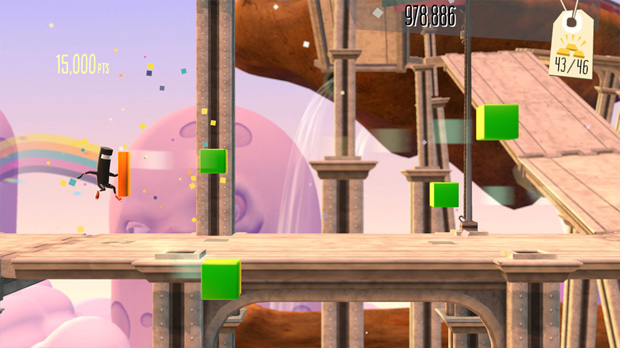 The groove is in the heart

Bit.Trip Presents Runner2: Future Legend of Rhythm Alien recently turned a year old. I know, I know — you aren’t impressed by the aging process. The rhythm-centric platformer also celebrated another milestone: selling one million copies. Well deserved, if you ask me.

A week-long celebratory discount is now in effect, assuming you’d like to help increase that number. You should. The game is now five bucks, down from the usual $14.99 asking price, on Steam, Xbox 360, Wii U, PlayStation 3, and PS Vita.