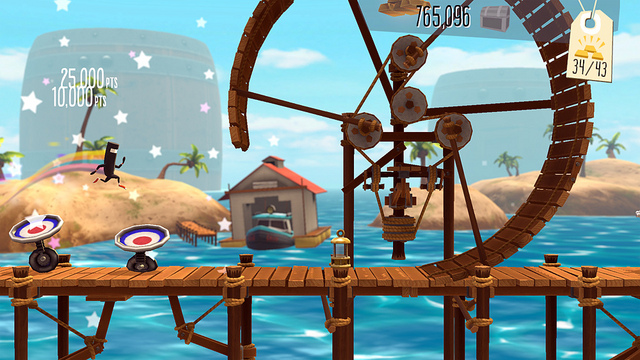 And that’s only a good thing

Bit.Trip Presents Runner2: Future Legend of Rhythm Alien launched very early on in the year for just about every platform under the sun. We reviewed it, and really liked it. Not long after that, Gaijin Games announced that Runner 2 would be making its way to none other than the PlayStation Vita. After quite a long wait, it has finally made its way to the handheld right at the tail end of the year for $9.99.

After spending some time with the new Vita version, I can tell you that it’s just as good as you remember it. No significant compromises were made for the visuals, it’s locked at 60 FPS, and the OLED screen compliments the game beautifully. Unfortunately, the game is not Cross-Buy or Cross-Save compatible, and there’s no additional content or added control benefits on the Vita, but it doesn’t need them. It’s a fantastic game that can stand on its own — and does — that feels great to play with the Vita’s physical controls.

If Runner 2 was a game you enjoyed immensely before and wouldn’t mind paying for again, or still have yet to check it out, then there’s no reason to pass up the Vita version. Should you decide to pick it up, just be careful not to throw your poor handheld against the wall once the difficulty really ramps up.