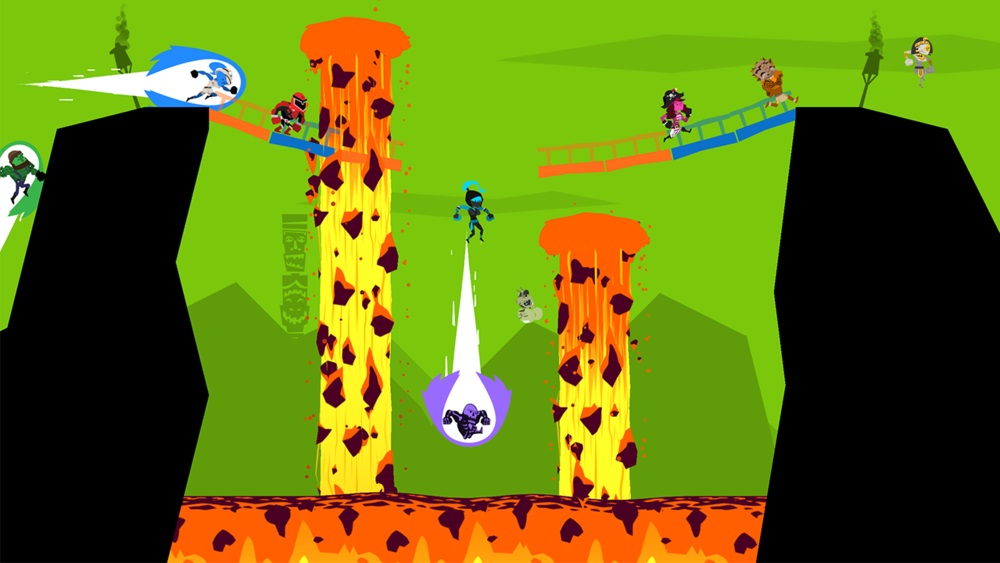 13AM Games has announced that their frantic platformer Runbow is coming to the Nintendo Switch in 2018. It will also make an appearance at Tokyo Game Show later this month, where attendees can give its unique color-based gameplay a whirl.

Runbow began as a Wii U exclusive but was eventually ported to PC and Xbox One, with a deluxe handheld version called Runbow Pocket following on the 3DS. The capabilities of the Switch make it a good platform for bringing the fun but somewhat overlooked party game to a larger audience.

Well folks, by popular demand, #Runbow is coming to #NintendoSwitch in 2018! Debuting at #TGS2017! 😀 pic.twitter.com/ZLSZK4MvcI

You’ll be able to take advantage of the Joy-Cons by grabbing up to eight friends for local multiplayer, or play with up to nine people online. If you’re on your own, you can run through 140 single-player levels with a variety of characters and costumes.

One of the coolest features of Runbow is that it includes a bunch of playable guest characters from some well-loved indie games. You can unlock Shantae, Shovel Knight, Commander Video from the Bit.Trip series, Lilac from Freedom Planet, and more.

I haven’t played Runbow yet, but chances are I’ll be picking this one up. It looks creative in both design and concept, and Chris called it a “fantastic party game” with solo appeal as well in his shining review.