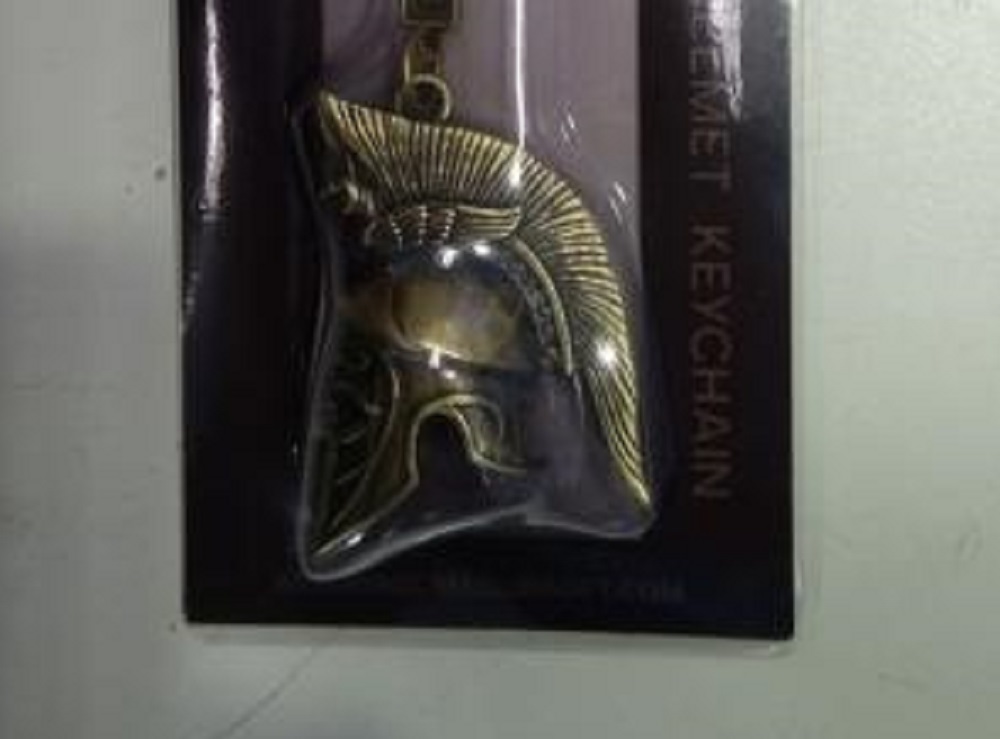 Looks like we’re off to Greece, as previously suspected

In yet another revelation made ahead of its time, photographs of a promotional keyring and shirt have apparently confirmed that Assassin’s Creed Odyssey will be the next entry in Ubisoft’s long-running, wall-running Assassin’s Creed series.

The photos appeared on French website Jeuxvideo, and shows the keyring, in the shape of a Spartan soldier’s helmet (I dunno, I flunked History) along with the with game’s title and logo. Of course Homer’s The Odyssey is also a famous Greek poem, (I did pass English Literature) so that pretty much confirms the location for a new wave of stabby hijinx.

A photo of a matching shirt also showed up on Resetera. This is reminiscent of last year, where 2017’s Assassin’s Creed Origins was also revealed early via a promotional shirt and other gubbins. Ubisoft are yet to comment on the reveal, but no doubt we’ll be hearing more at E3, if anyone has anything left to reveal at E3.