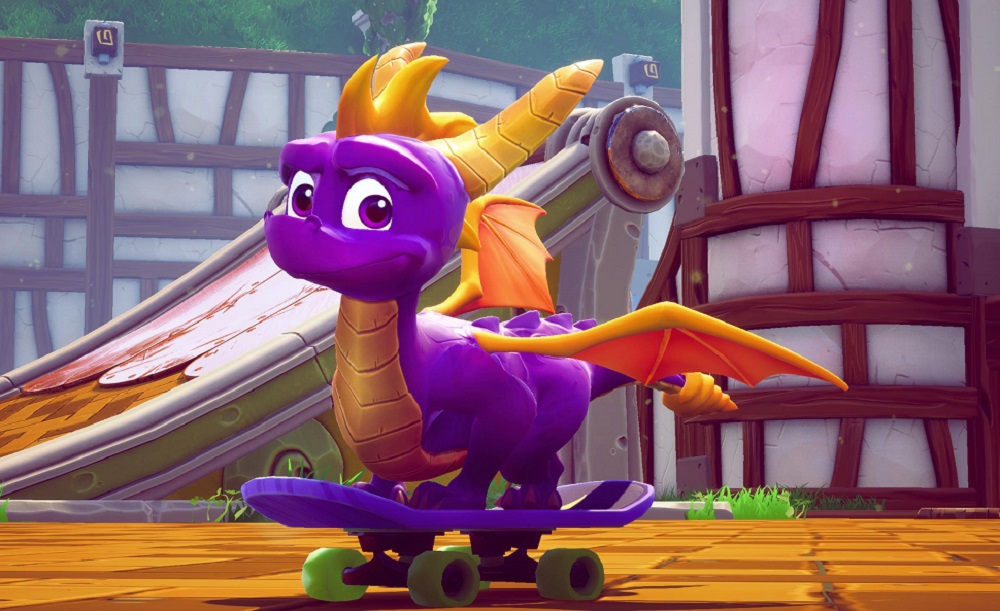 A recent listing has quietly turned up on the German page for video game retailer Gamestop, suggesting that Activision’s retro re-release Spyro Reignited Trilogy will be winging its way onto Nintendo Switch in August. The listing has since been removed.

The revamped triple pack – which contains PlayStation classics Spyro the Dragon, Spyro 2: Ripto’s Rage and Spyro: Year of the Dragon – launched late 2018 on PS4 and Xbox One where the little purple fella saw immediate success. A port to Nintendo’s hybrid-console would be a no-brainer.

Of course, nothing is official, this is just retail rumour, but it should be remembered that Nintendo themselves once listed the Reignited Trilogy on their own official store, before it was hurriedly removed. So things are looking up for Spyro’s Switch fans. Stay tuned.

Spyro Reignited Trilogy is available now on PS4 and Xbox One.