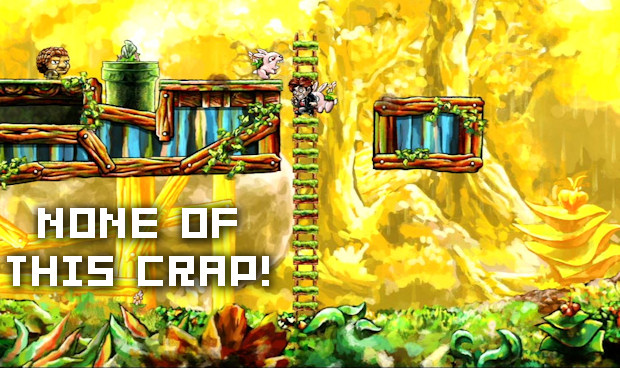 Arguably the two best Xbox Live Arcade games to ever hit the system are Castle Crashers and Braid, two independent games. If rumors are to be believed, Microsoft has become quick to forget such things, as the platform holder is planning to “dramatically reduce” the amount of indie games to hit the service.

The gossip stems from the idea that Microsoft is worried about too much software cluttering up XBLA, and it’s being reported that a number of major publishers have put pressure on MS to reduce the amount of competition for their own games, shutting out indie devs so that stuff like Bliss Island has a better chance to flourish.

Apparently, there are different rules for XBLA developers, depending on whether or not a major publisher backs you up. Indie devs are upset that their games are rejected for being “too similar” to other games on the service, while big publishers are allowed to “flood it with retro remakes.”

If this is true, then it’s pretty bloody disgusting. The idea that Microsoft would slam its door in the face of the same types of studios that gave us Castle Crashers, just so it can please the same kind of publishers that spew up garbage like Double D Dodgeball is despicable and rather sad. Even worse are the chickensh*t publishers that would whine and cry about too much competition from studios ten times smaller than they are.

I hope this isn’t true, because if it is, it’s utterly pathetic and one of the more depressing things to come from the industry in a while.