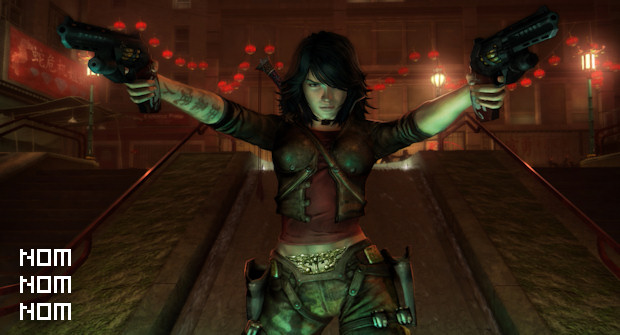 I’m going to regret running a headline with “wet coming” in it, but nevertheless here’s a spurious rumor on a game you’ve probably forgotten about. The last time we saw Wet, there were a mere handful of screenshots, but we’re hearing that the title could arrive by October.

Wet is one of the victims of the Activision Blizzard massacre, where the evil publisher axed a number of titles including 50 Cent, Ghostbusters and Brutal Legend. While all three of those games found publishers, Wet seemed to exist in limbo for a long time. The listing on Amazon has the game slated for an August release, but I’m hearing via Niero that the game would be hitting a little later than that.

Until there is official confirmation, the exact fate of Wet is uknown. One can but hope that the game finds a good home soon, since screenshots looked really good. We’ll keep our ears to the ground and try to find some more news for you soon.