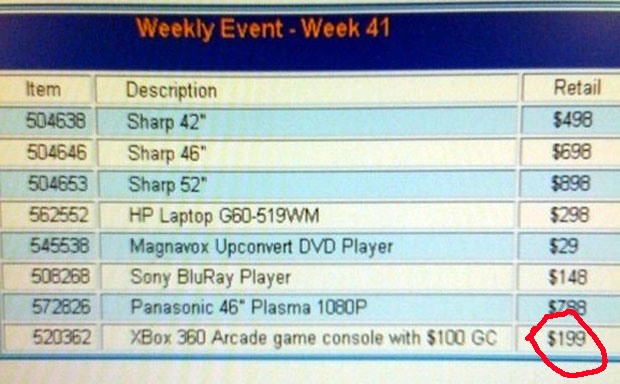 If the rumors turn out to be right, you’ll be able to waltz run into your local Walmart soon and nab an Xbox 360 and a $100 shopping card for $200.

This rumor came from a retail tipster that sent it in to Kotaku. As always, don’t take this as the Gospel, but there is a little screenshot of some kind attached to the article. It says that the Xbox 360 would be an Arcade unit (of course). It also points to a $148 Blu ray player and a $788 46-inch Panasonic Plasma television. All three would make a nice rig. All of these and other items are said to be going on sale this weekend.