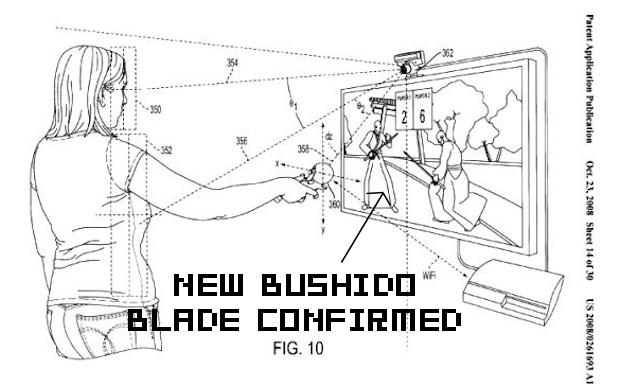 Another day, another rumor that Nintendo’s rivals will be copying the motion-controller of the Wii. Despite the fact that simply copying Nintendo’s controller won’t guarantee the same success as Nintendo’s heavily marketed system and cornered demographic, it seems almost inevitable that Sony and Microsoft will still try. The latest rumor suggests that Sony could make its move at E3.

According to reports, the controller uses “small LEDs” and a “small webcam” to track player movement, which makes it sound somewhat like the PlayStation’s EyeToy. However, the controller can recognize “different color lights and the shape and angle of each light,” making it more accurate than Sony’s previous camera-based control methods. The idea stems from a patent Sony filed in 2007, and apparently a select team is working on making it a reality.

Sony has called this rumor a rumor, confirming that it is, indeed a rumor!

I have no excitement for motion controls in games. The Wii’s form of input is nowhere near as satisfying as a traditional controller, and ironically it doesn’t feel as interactive or engaging at all. It’ll be a sad day when Sony and Microsoft decide to rip off Nintendo’s alienating control input in a cynical and misguided attempt to appeal to this mystical “casual” demographic.

If these people haven’t worked out by now that it’s more than just a case of copying the hardware, they clearly have forgotten how well the Zune did against the iPod. Idiots.