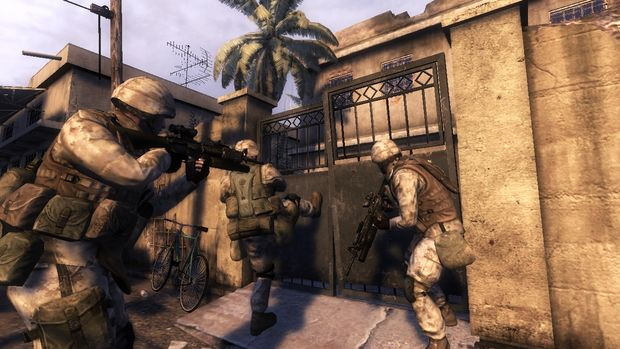 There’s no denying that Konami’s documentary-styled Six Days in Fallujah will be one of the most controversial titles of all time, regardless of how sensitively the content is treated. It would seem that the game is so hot, however, that the publisher may choose to skip Europe altogether and avoid the furor there.

The story goes that a European release all hinges upon how developer Atomic Games chooses to portray the action elements of the game. The suggestion seems to be that if the game is too violent, it won’t come to Europe. As sad and annoying as that is, who can blame them after the Daily Mail jumped down the game’s throat less than twenty-four hours after it was announced?

This Iraq-themed game is going to be an incredibly interesting release, as it pushes the boundaries of what a game is allowed to be by mainstream society. It will be a huge shame if Europe is made to miss out on that, all for the want of a bunch of whining crybabies who denounce anything as “tasteless glorification” just because it’s in a videogame.