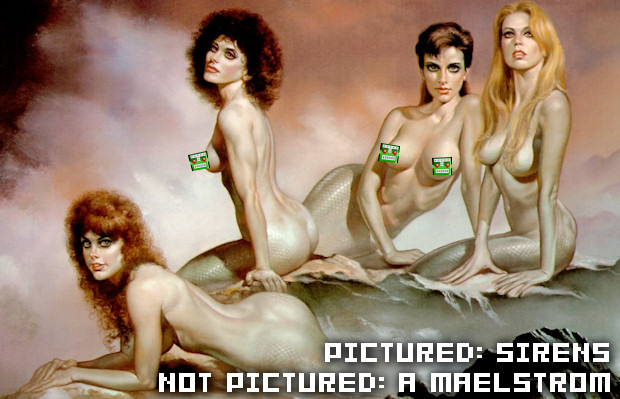 As we discussed last week, genius supercompany Silicon Knights has been looking for a new game to followup the critical acclaim and genre-defining success of Too Human. While it was believed that this meant Too Human 2: Look Who’s Too Humaning Too was on the way, a French press release may have leaked a completely new title entirely.

The press release reveals the name of a potentially new IP called Sirens in the Maelstrom, which is simply listed as a console project from SK, with no further details. Whether this is an entirely new franchise or something linked to previous Silicon Knights work remains to be seen. Nevertheless, it appears as if we have the name of something to look forward to from Denis Dyack’s team.

Until there’s official confirmation, we have nothing but rudderless speculation to go on. Feel free to join in with the senseless and unnessecary gossip as well!