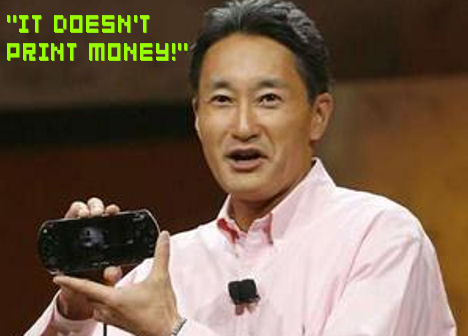 I recently received a very interesting email from one of our readers who detailed his near impossible search for PSP games in East London. After finding the local Morrison’s bereft of PSP games, reader Oolong checked out Blockbuster only to find a similar phenomenon:

I went into my local Morrison’s this weekend and you know how they sell your usual top 20 crappy titles? A few doggy DS games etc ..  I was having a look and I noticed no PSP games, odd I thought but no biggie. So anyhoo later on I went over to Blockbuster …. annnnnd no PSP games. Well except a few in the bargain bin but they had completely removed the main PSP display.

There’s one of those ‘Game Station’ or whatever it’s call in there so I asked the chaps what’s happened to the new PSP games and he said ”We’ve been told to take them down due to them not selling. We’ve put up more XBOX 360 stuff in it’s place.” I was a bit shocked and replied ‘But the PSP is selling bucket loads in Japan it’s finally coming into it’s prime’ and the guy concludes ”Yeah so I hear but we can’t sell the game at all here, so they’re being taken off the shelf.”

Speaking for myself, I can confirm that the Gamestation portion of the Orpington Blockbuster has a lot of PSP games, but I actually I can’t recall ever seeing them in my local Eltham Blockbuster. Either way, I can get them in this area if I want them. Perhaps PSP games just don’t sell in East London? Either way, this calls for investigation and I shall find out what other game stores make of the PSP’s sales.

It would be a shame if stores are actually starting to do that though, since I’m fond of the PSP and think it could have been something special. It really has quite a few worthy titles these days, and it’d be sad if some stores aren’t putting them out anymore.