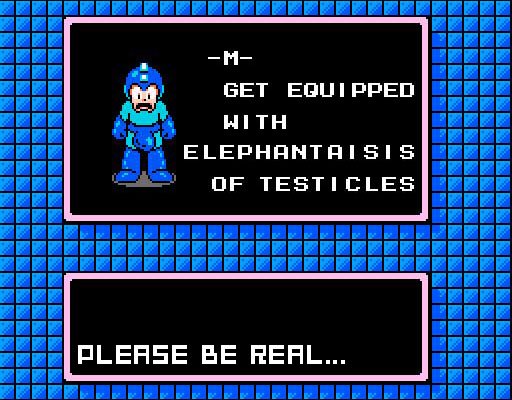 Mega Man fans, get ready to almost be excited. According to Seth Killian, Senior Community Manager at Capcom-Unity.com, there is at least one secret left to be found in Mega Man 9. If you thought that Fake Man was a letdown, then perhaps this news will brighten your soggy face. It sure has brightened mine.

So what do you think it is? One gent over at Capcom-Unity’s message boards is already trying to hack his way to the answer. So far he hasn’t found much, just a couple of unused weapon icons in the game’s code; one labeled “BC” and another labeled “BJ”.

“BJ”, huh? As God as my witness, if Capcom put some hot coffee in my Mega Man 9, I will forever revere them as the greatest videogame developer in the Multiverse.