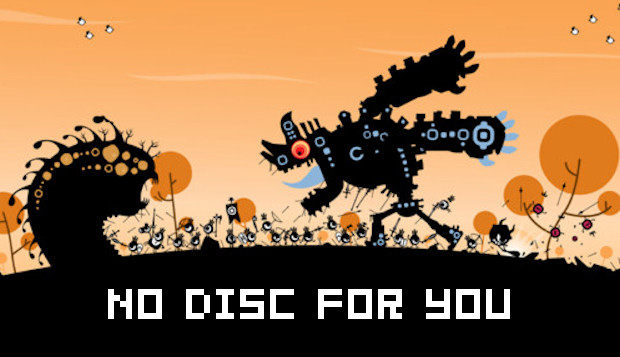 Patapon 2 is releasing in the US soon, and according to rumors, you won’t be able to find a copy anywhere … not a physical copy, anyway. Apparently, Sony will be pushing the game as a digital title, so much so that when the game ships to retail, there won’t be a disc in the box. Only a code to download the thing.

That’s right, even though Patapon 2 will be available to buy in stores, you’ll only get a voucher enabling you to download the game. Word has it that the game will cost $15 if downloaded directly from the PlayStation Network Store, but the voucher will cost $19.99 at retail. That doesn’t make much sense.

How likely is the rumor? It would seem odd, since Sony’s stated intention is to ship games both as UMD discs and as downloads simultaneously. I like that two-pronged distribution model, since it provides a choice as to how you get your games. This, obviously, removes all choice from the purchase. Either you download it, or you don’t get it at all.

With retail still a powerful part of the industry, it seems illogical that Sony would do this. Perhaps it’s an experiment to gauge the success of downloadable titles. Perhaps this rumor is simply bunk. Still, it wouldn’t be the first time Sony’s done something weird.