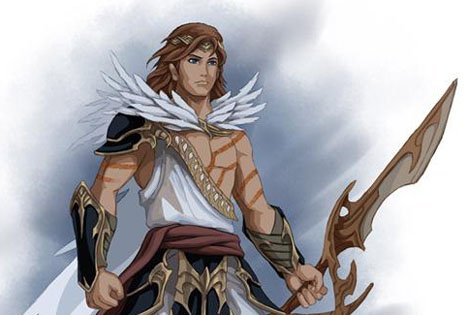 Although I freaking love Animal Crossing: City Folk, I understand why a lot of people thought Nintendo’s 2008 holiday line up was pretty weak. Compared to Q4 2007’s releases of Metroid Prime 3 and Super Mario Galaxy, and Q4 2006’s The Legend of Zelda: Twilight Princess, Q4 2008 on the Wii was the driest holiday yet for the little white shat-box.

Rumor has it that this dry spell wasn’t always part of the plan. According to an inside source, Nintendo was originally planning to present Kid Icarus Wii at E3 2008, then release the game a few months later. Due to problems with Factor 5 (the developer long rumored to have ties to the project), that plan fell through, which left Nintendo of America feeling “pretty bummed.” Kid Icarus Wii may still come together if Factor 5 can find someone to give them lots of money (hint: Nintendo has lots of money).

If the production art above (rumored to be leaked from Factor 5) is any indication, I’m not so sure that I mind that this project is on hold. Guys, it’s Kid Icarus, not Generic Americ-anime Action Hero Icarus, or Tatooed Man with Muscles and Frowns Icarus. I’ve already got Kratos, Billy from Resident Evil Zero, and god know how many other videogame tough guys to meet my tattooed, frowning muscle-man needs. I think that some kids were never meant to grow up, and Pit from Kid Icarus is one of them.