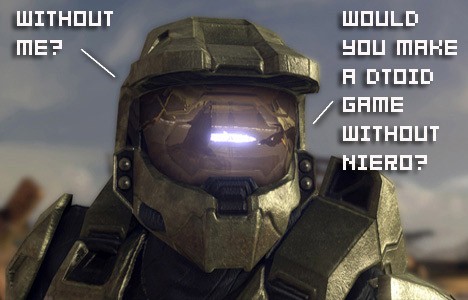 With this year’s E3 being just a couple of weeks away, the rumor mill has kicked into overdrive once again — and guess which beloved IP is mentioned? None other than the Master Chief variety. Don’t expect the man in green to make an appearance this time, though, as he’s still resting up from nearly biting the dust in his last gig in Halo 3.

Details are less than scarce at this point, and Microsoft is following its usual song and dance of “no comment” regarding the game’s supposed development. What little we do know is that the rumor appears to have originated from talks between a “reliable anonymous source” and the folks over at Sarcastic Gamer. Will this be the prequel that some have been speculating about? Is Peter Jackson involved? CVG pondered this too, and tried to uncover more information to help validate the rumor.

Unfortunately, they were stonewalled as expected. However, they are still sticking to hope, and pointing to their own inside sources that claim that Microsoft has two more big Xbox 360 games to surprise us with at E3. As far as they can tell, something new in the vein of Halo will be among them. With plenty of untapped potential in the Halo universe, this could easily become reality. Still, it’s hard to imagine the game without its star player — the chief. Are we chasing shadows on this one, or do you think Microsoft has more Halo to surprise us with, and soon?